Raising the Bars on Orange Is the New Black

In the debut season of Orange is the new black, Piper Chapman (Taylor Schilling) arrived at Litchfield federal prison to serve a 15-month sentence for smuggling drug money to her ex-girlfriend Alex (Laura Prepon). Once inside, she spilled the secrets of her fellow inmates to her writer fiancé and cheated on him with Alex. In Season 2, Piper’s jailbird pal Nicky (Natasha Lyonne) sits her down for a chat. “It’s great to see you evolving, Piper,” Nicky says, “getting past the whole ‘I’m the star of my own movie and everyone else’s too’ complex.”

Nicky is being a little sarcastic, but her snark is also a meta-comment on how much Netflix’s best original series has evolved. Orange seemed like it would revolve around Piper, the naive, public-radio-listening Brooklynite arrested on a drug charge, who must check her privilege along with her personal belongings. But Piper turned out to be a mule, smuggling us into what was really an anthology of diverse, raunchy, moving, funny, ambitious stories. Any one character can be the star of Orange’s movie, and nearly everyone eventually is.

The first new episode deals with unfinished business for Piper, whom we last saw beating the holy roller out of Pennsatucky (Taryn Manning), the born-again meth addict who had marked her for a shivving. But the series has a lot to catch up on. Netflix is streaming the entire 13-episode season on June 6, and binge watching helps a show with this mammoth a cast. A significant character from Season 1 doesn’t arise until the last of the six episodes screened for critics (and then only in conversation). Having built out dozens of colorfully named characters (Taystee, Yoga Jones, Black Cindy), the sprawling Orange is like Game of Thrones: Prison.

In prison, after all, a few square feet becomes a world. One new subplot involves prisoners training cockroaches to carry cigarettes from cell to cell: in lockup, a hallway can be the vast Sahara and a bug a camel laden with riches. Like Thrones, Orange is partly a story of territory, allegiance and clans, here divided largely by race. This tension heightens with the arrival of Vee (Lorraine Toussaint), a magnetic, leonine recidivist who promises to restore the days when black women ran the prison. (The Latinas presently control the kitchen, Litchfield’s Iron Throne.)

But Orange is also about connection, putting the mate in inmate; the same women can be rivals and allies (or lovers). It’s intersectional, polysexual, transcultural, sharply attuned to how every identity–racial, gender, ethnic–exists on a continuum. It makes perfect sense that this would be the show to make Laverne Cox a transgender TV star.

The story involving Piper’s fiancé Larry (Jason Biggs) still feels remote and vestigial. But even it has a purpose: reminding us that outside, lovers are carrying on, babies growing up, life’s distractions multiplying. When Larry tells Piper about waiting hours for a “bagnut” (a bagel-doughnut), she says, “I forgot what it’s like to have all that freedom to waste.”

Orange is in some ways about waste: the waste of potential in the women locked up because of bad luck or bad choices. But like a resourceful prisoner, it wastes nothing and makes the most of little things. As Crazy Eyes (Uzo Aduba) says while enduring an oversalted cafeteria meal, “The secret is to pretend the salt is sugar.” There are no bagnuts in Litchfield, but when Orange applies its imagination, the results are still pretty sweet. 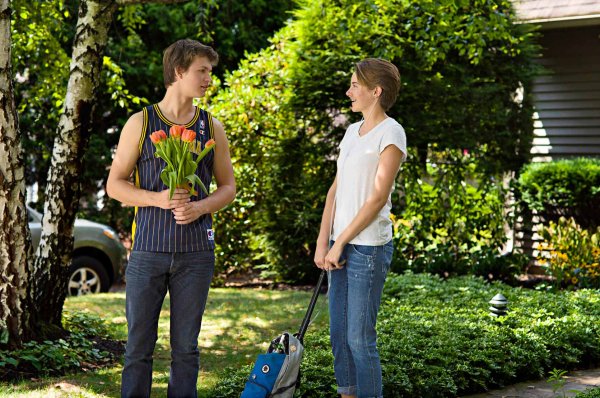 Topic of Cancer
Next Up: Editor's Pick