Attention Grads: Being Overeducated for Your First Job Can Hurt Your Career

Bad news for all those college-educated waitresses: a new study shows that being overeducated for your first job can have salary implications that last long into your career.

Researchers from Duke and UNC Chapel Hill found that people with some post-secondary education who were overeducated for their first jobs were making less than their peers of a similar education level, even ten years after they entered the workforce, according to a new report published in the National Bureau of Economic Research. They followed almost 13,000 people since 1979 to determine how their initial jobs affected their subsequent careers.

And the disparity extended beyond people with a college degree. Among those who had done some graduate work, people who started off overeducated for their jobs were at first making more than their peers (probably because education-level jobs for people with graduate degrees are few and far between for young people.) But 10 years later, they were making far less.

In other words, starting off in a position that doesn’t match your education level can slow you down later in life.

That’s bad news for many students who find themselves taking any job they can get in a tough job market, especially when they have student loans to pay off.

And blacks and Hispanics with 14 years of schooling are more likely than whites to be stuck in jobs for which they are overeducated — blacks are 16% more likely and Hispanics are 12% more likely to have more education than their job requires. Furthermore, overeducated black workers are far less likely to transition into a job that matches their education level than whites are. That’s also probably because of workplace discrimination.

Moral of the story: think twice before you settle for that bar tending gig. 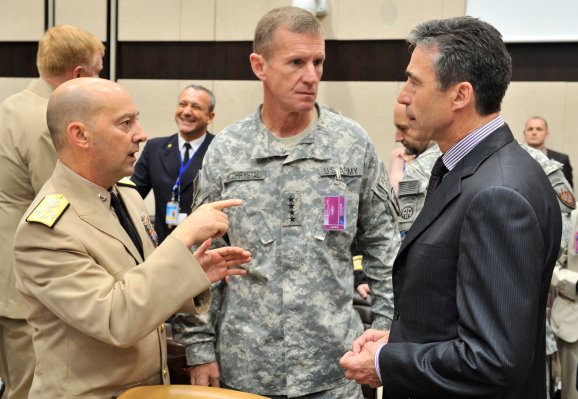 What to Do After You've Been NATO's Supreme Allied Commander
Next Up: Editor's Pick