A squadron of Navy pilots known for their impressive air shows is catching heat after an internal Navy report accused them of sexual harassment, homophobia and posting pornography in their planes.

The report, which was date last month but gained attention this week after a disciplinary hearing, focuses mostly on Capt. Gregory McWherter for his 2011-2012 command of the Blue Angels squadron. During his tenure, pornographic images (mostly of naked women) adorned the cockpits and the Blue Angels ready room. A group text message chat among pilots, including McWherter, also featured “anti-gay slurs and sexually-charged language,” the report said.

Pornography became such a facet of the Blue Angels during McWherter’s command, the report said, that the sight of it in a cockpit was taken as a sign of the “trust” and “bond” between a pilot and his crew chief.

“He failed himself, failed those that he led, failed the Blue Angels, and failed the Navy,” Admiral Harry B. Harris, Commander of the U.S. Pacific Fleet, wrote in the report.

McWherter left his command of the Blue Angels in 2012, but he was reprimanded at a Navy disciplinary meeting this week. He has not commented to CNN, which reported the allegations Wednesday. 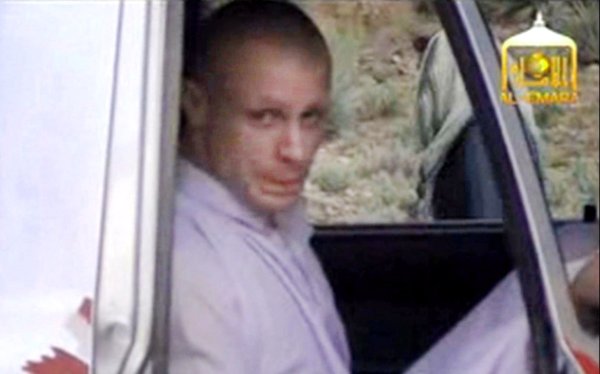 Where Bowe Bergdahl Goes From Here
Next Up: Editor's Pick