The 13-episode arc of the revamped version of Cosmos — this year’s take on the classic 1980 Carl Sagan docuseries — draws to a close on June 8. But, as Ann Druyan, Sagan’s widow and a writer, producer and director of the new Cosmos, tells TIME, there’s still a long way left to go — both in the field of science, and in the world.

With respect to the big picture, Druyan says that she was surprised that negative response to the show’s forthright discussion of controversial topics like evolution and global warming was so “limp.” Cosmos has “torqued the zeitgeist,” in her words, making science seem cool and worth talking about. (Seeing astronomer Jan Oort trending on Twitter was a highlight of her experience this season.) But there’s work to be done, she says.

“I’m really optimistic. I was born that way, but I also feel that there’s so much reason to hope,” she says.

And there’s work to be done on a human scale, too.

One of the scientists featured in the finale will be Vera Rubin, an astronomer whom Druyan describes as a personal hero. Rubin, as Druyan relates in the video above, couldn’t even get an application for graduate school because she was a woman; she went on to make important discoveries about dark matter.

Druyan experienced a lesser version of that same bias in her own life, but that’s another thing she’s optimistic about. “I certainly experienced a huge amount of sexism. I was very lucky to have a valiant champion in Carl Sagan, who didn’t have that kind of attitude, but I remember routinely being dismissed, interrupted — I’d say something and people at a meeting would turn to Carl or someone else and say, that was a really great idea you had,” she says. “One of the reasons I’m so optimistic is I have seen major changes in that blindness and so many other forms of blindness in my lifetime, and some of the most optimistic people couldn’t have anticipated them.”

Cosmos, she hopes, will be a way to convince girls and boys to keep opening science to different kinds of people. That’s why the show is structured the way it is: relaying the stories of the lives of scientists rather than just their discoveries. “So many of the stories of the heroes of knowledge that we tell in the series were people who were written off because they were too poor or because they were female or for other reasons. The community of science has a lot to answer for because for so long it was so exclusive,” she says. “It’s only in recent times that it’s changed.”

The Cosmos team has provided TIME with a first look at the Cosmos making-of documentary special feature that will come with the Blu-ray of the show, which will be released June 10: 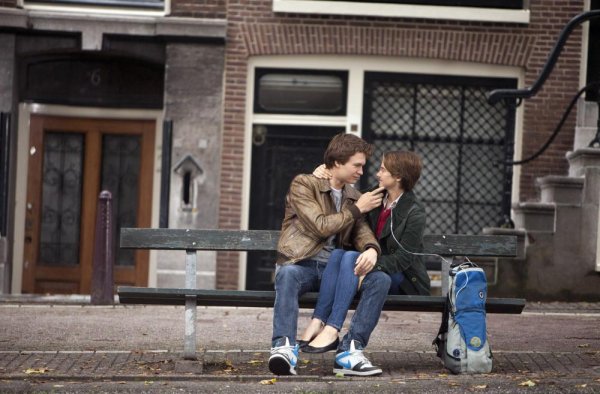 The Fault in Our Stars Earns Its Big Fat Tears
Next Up: Editor's Pick