Obama Turns to Poland for Fans of American Leadership

It must have been a welcome change of pace for U.S. President Barack Obama. His speech to a crowd of thousands on Wednesday in the Polish capital of Warsaw was very much a sermon to the converted. He did not need to convince anyone of U.S. strength or moral authority. He did not need to argue the importance of isolating Russia in response to its attack against Ukraine. No hecklers or protesters came out to jeer him, and Poland still felt like a sentimental devotee of the global order that emerged when the Cold War ended.

“History was made here,” Obama said in his speech on Castle Square, the scene of numerous protests against Russian rule that ended in civilian blood being spilled over its pavestones. “The victory of 1989 was not inevitable. It was the culmination of centuries of Polish struggle, at times in this very square.”

The occasion for the speech was the 25th anniversary of the elections that broke the communist monopoly on power in Poland in 1989. The anti-Soviet Solidarity movement, led by the independent union organizer Lech Walesa, won every freely contested seat in that ballot, including the entire Polish senate. The following year, as Soviet rule receded from Eastern Europe, Walesa was elected President and pursued integration with the West on every front, leading in 1999 to Poland’s ascension to the NATO military alliance and in 2004 to its membership in the E.U.

“We could not have achieved these things without continued American support,” says Adam Rotfeld, who served as Poland’s Foreign Minister in 2005. “So Obama’s visit is not just a reminder of American engagement in Eastern Europe – which is very important in itself – but an opportunity for us to express our gratitude to the United States,” Rotfeld tells TIME.

And many in the crowd had come out to do just that. Even before Obama began his speech, the somewhat monotonous lecture of his Polish counterpart, Bronislaw Komorowski, was interrupted as often by the persistent chiming of the castle’s clock tower above his head as it was by intermittent chants of “Obama!”

Jana Rasym, a beautician in Warsaw, expressed a common sentiment: “In Poland we like to be like small America.” She had not heard of the latest scandal hounding Obama at home – the release of five Taliban fighters in exchange for Sgt. Bowe Bergdahl, an American prisoner of war in Afghanistan – and she didn’t seem to care. “How it is possible not to love Obama?” she asked, clapping together the paws of her lapdog as the American President began to speak. And in this setting, no good answer came to mind.

But in the lead up to Obama’s visit, there were some expressions of nostalgia for the age of unrivaled American leadership that followed the collapse of the Soviet Union. The most notable voice was that of Walesa, whose truculent style has won him a reputation as something of a crank in recent years. “The States should organize us, encourage us and offer programs, while we, the world, should do the rest,” Walesa told the Associated Press a week before Obama’s arrival. “This kind of leadership is needed.”

The U.S. has tried to play that role amid the ongoing standoff with Russia over Ukraine. It has led the push to impose economic sanctions against Russia and isolate it from the West. But if Poland has been an unflinching ally in this effort, Western European nations have been calling for cooler heads. The divide is in some ways typical of the power dynamics within the E.U., where the newer members in the east (the ones closer to Russia’s borders) are often more gung-ho about forming a united front against Russia than their Western European allies.

A recent survey by the Pew Research center bears this out. Two weeks before the elections to the European Parliament handed a resounding victory last month to the Eurosceptic parties, which tend to favor closer ties with Moscow, the survey found Poland the strongest holdout in support of European unity. While barely half of the Europeans surveyed had a favorable view of their alliance, in Poland that number was 72%. Another Pew survey conducted last year found that 67% of Poles had a favorable view of the U.S., compared to 58% across the continent, higher than any other European nation except Italy.

As Obama noted in his speech on Wednesday, “As Americans, we are proud to call Poland one of our strongest and closest allies.” Now if only he could get more of his allies around the world, or indeed more of his own countrymen, to believe in American leadership as Poland does. 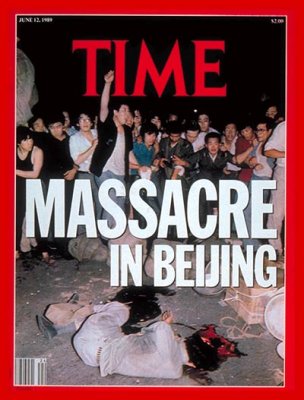 Despair and Death In a Beijing Square
Next Up: Editor's Pick