The Silkworm
Hatchette
By Megan Gibson

Writing as Robert Galbraith, J.K. Rowling is set to release her next crime novel The Silkworm on June 19. The novel will continue in the tradition of Rowling’s 2013 novel The Cuckoo’s Calling — for which she first adopted the pseudonym Galbraith — about a British private investigator named Cormoran Strike.

USA Today has an exclusive excerpt from the new book, which finds Strike taking on a new case in London when novelist Owen Quine goes missing. Though the excerpt is brief, here are three things we gleaned about Rowling’s new novel:

1. Robin Ellacott and Cormoran Strike are as tight as ever

Though readers of The Cuckoo’s Calling already knew that Strike’s clever assistant Robin Ellacott had agreed to stick around, the first chapters of The Silkworm reveals that the pair are still close. When a client is rude to Robin in front of Strike, the detective makes a point of dropping him on the spot. There’s also no mention of Matthew, Robin’s fiancée, in the initial chapters, which could be an indication of the state of the pair’s current relationship status.

2. Rowling is still angry about the phone-hacking scandal

In the first chapter of The Silkworm, a journalist suspects Strike of underhanded techniques to gain information. “All the other private dicks I use spend their time hacking phone messages,” he says to the detective with suspicion. The honorable Strike counters that it’s “illegal” to hack phones or encourage others to do so. Though it’s brief, the exchange was no doubt a pointed reference to the real-life trial that’s currently underway in Britain, where former employees of the News of the World tabloid are accused of engaging in phone-hacking in order to get scoops. Rowling herself has been a vocal critic of the British tabloids and their invasive tactics, so the dig is almost certainly calculated.

3. Strike is still down on his luck

The war veteran turned detective is still battling the same old demons in the opening chapters of The Silkworm. Keeping erratic hours, living in his office and ruminating about his famous, but distant father, Strike is the same old sad-sack detective readers met in The Cuckoo’s Calling. Some things never change and it’s likely that millions of Robert Galbraith readers out there will be pleased that their hero detective still cuts a familiar figure. 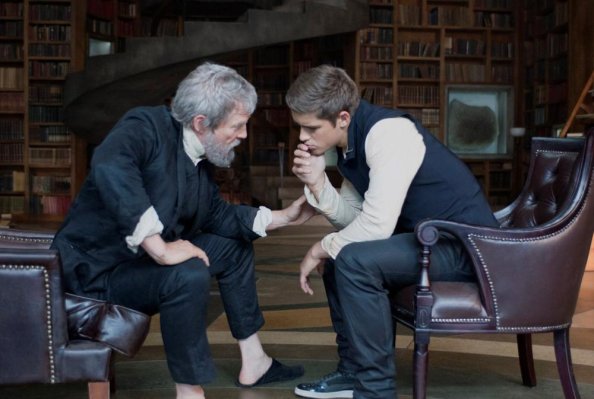 How to Turn a Great Book Into a Movie That Isn't Terrible
Next Up: Editor's Pick