The 'Godfather of Ecstasy' Is Dead at 88

Alexander Shulgin, pharmacologist and chemist known for his creation of new psychoactive chemicals, is interviewed in Cambridge, Mass., on Dec. 1, 2005
Brian Snyder—Reuters
By Nash Jenkins

Alexander Shulgin, the eccentric American scientist whose study of psychoactive chemicals inspired psychiatric research and gave wings to two generations of electronic-music apostles across the globe, died on Monday after a prolonged battle with illness. He was 88.

Shulgin, known as Sasha to his friends and as the Godfather of Ecstasy to just about everyone else, had a career that spanned more than half a century — he received his Ph.D. in biochemistry from the University of California, Berkeley, in 1954 — but gained most attention for his groundbreaking work on the chemical compound MDMA, popularly known as ecstasy.

The substance had first been synthesized and then forgotten by German scientists shortly after World War II, only to be rediscovered by Shulgin in 1976. Recognizing its powerful ability to lower inhibition and increase feelings of empathy — and thus its potential as a treatment for anxiety and other psychiatric disorders — he went to work perfecting it, and then championing its benefits.

The adverse effects of MDMA quickly ruled it out as a therapeutic tool, however, and instead the drug forged an intimate connection with dance music and modern rave culture. This reporter first learned about Shulgin while researching a 2013 story on MDMA and American electronic dance music. At that time, the drug was the subject of intense media scrutiny. Two college students had died at, or shortly after, the Electric Zoo music festival in New York City; the killer, several media outlets insisted, was a strange new drug called Molly (as MDMA came to be colloquially called in the U.S.).

For Shulgin, though, the chemical — and the 200 others he explored and synthesized in his backyard laboratory — was benign, even as three decades’ worth of critics insisted otherwise, and despite the drug’s linkage to scores of deaths around the world.

According to the psychedelic-research website Erowid, which broke the news of his death, Shulgin’s health had been on the decline since 2010, when he suffered a stroke. 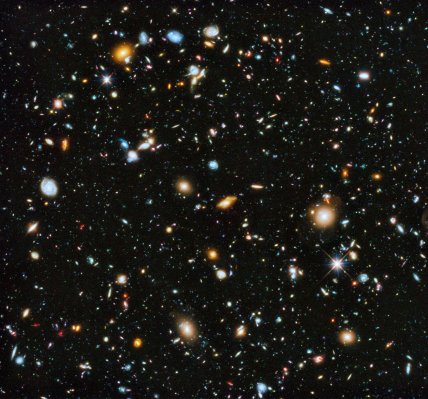 Hubble Telescope Shows the Most Colorful View of the Universe Ever
Next Up: Editor's Pick