A man tries to connect to YouTube with his tablet at a café in Istanbul on March 27, 2014.
Osman Orsal—Reuters
By Nash Jenkins

YouTube is back online in Turkey after more than two months in the dark, authorities said on Tuesday.

CNET reports that the video-sharing website is once again accessible after the Constitutional Court of Turkey, the country’s uppermost legal body, ended the government’s ban five days ago. The court cited the Turkish constitution’s freedom-of-expression clause, which guarantees that “everyone has the right to express and disseminate his/her thoughts and opinions by speech, in writing or in pictures or through other media.”

The administration of Prime Minister Recep Tayyip Erdogan — whose allegedly authoritarian tactics have prompted an ongoing series of protests since May of last year — first went after the site on March 27, after it was used to host a leaked audio recording of Turkish officials discussing security matters in Syria.

Free speech online has been a tricky issue in Turkey amid the recent domestic uprisings, which have relied heavily on social media. It’s still difficult to see who has the upper hand. Erdogan’s ban on Twitter fell flat just two weeks after he imposed it on March 20, and while YouTube is once again accessible, Turkey’s Telecommunications Directorate (TIB) has a recent history of stubbornness in actually lifting web restrictions.

A lower court’s ruling against the YouTube ban in early April fell largely on deaf ears, and the fate of the Constitutional Court’s appellate decision five days ago was at first uncertain: just last week, the TIB insisted that it had no plans to unblock the site for as long as it contains “criminal content.” 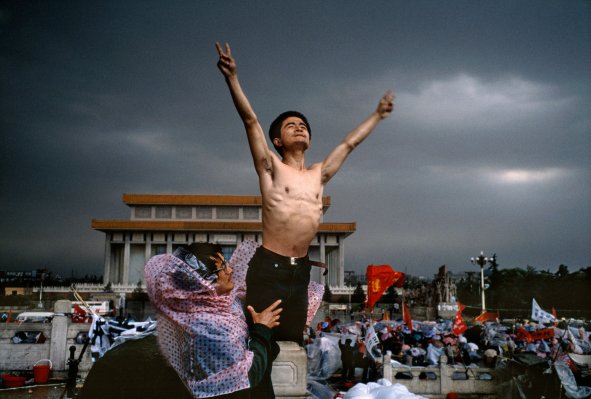 3 Students Tell What They Saw at Tiananmen
Next Up: Editor's Pick