Vocal fry: the sound that we can’t seem to stop talking about. It’s the vibrating, world-weary tone heard throughout popular culture—from the droning conversations of the Kardashian sisters to the red carpet quips delivered by America’s favorite quirky girl Zoey Deschanel— and, much to the dismay of those they interact with, young American women can’t stop speaking in vocal fry. And unfortunately for them, their creaky speech may be hurting their future job prospects.

A recent study found that women who exhibit vocal fry are perceived as less competent and less hirable (not to mention less educated and less trustworthy) than those who do not. “Collectively, these results suggest young American women should avoid vocal fry in order to maximize labor market perceptions, the study, published in Plos One and funded in part by Duke University, found. Beyond the hiring question, this laconic tone can sound just plain annoying to many people.

But vocal fry is just one of many popular speech habits that have been the target of speech traditionalists’ disdain. Here are a few more that drive people crazy.

Have you ever held a conversation with someone and found yourself questioning whether or not he or she was making a statement or asking a question? The person was probably guilty of using up-talk, or speaking with rising inflection, usually tacked on at the end of a sentence. The tone is said to have origins in California Valley girl culture, but D.C.-based vocal coach Susan Miller, says the uncertain, youthful tone is prevalent across both states and genders—despite the assumption that women are the prime culprits of up-talk. “I would say that the majority of employers come to me because people sound young,” says Susan Miller, a D.C.-based vocal coach and speech pathologist whom employers engage to help employees sound more professional. “And it’s the up-talk, the uncertainty, more than fry.”

“If you’re from Chicago, you might be ok with nasal talk,” Miller says. But for the rest of the country, nasal tones—think Fran Drescher—are often perceived as annoying. According to Psychology Today, nasal, pitchy voices are often caused by an obstructed airflow in the throat or nasal patches that causes an imbalance in sound vibrations during speech. For others, regional speech trends can lead the the adoption of a voice that makes a person sound as if they’re suffering from a chronic cold.

The sultry, wispy voice of stars like Marilyn Monroe may work great for, say, a perfume commercial, but in the office speaking in low tones can hurt you more than it can help, says Miller. “It’s like they’re speaking in a half-whisper, like they’re talking in the back of the movie theater,” she says. But, when you’re in a board room or speaking in front of a large crowd, the last thing you want is a group of people turning to their neighbor asking, “What did she just say?” While studies have shown that men think it’s sexy, but perhaps only better for an actress like Kristen Chenoweth who’s made a career out of a breathy baby voice.

“Voice is important to show authority, to show that you’re confident and you know your subject matter,” Miller adds. “It can be the deciding factor between getting a call for a second interview or being passed over for someone else.”

Search for career advice on a site like Monster.com and you’ll likely to come across a bundle of other speech issues job seekers are advised to avoid. From whispering to yelling or speed talking to mumbling, doing one thing too often can blow your chances at finding a job, or developing new relationships. But, luckily, vocal tone and speech issues can be fixed.

“The nice thing is all of these things can be modified, and rather quickly,” says Miller. “It takes practice, but to just become aware of it and to learn from techniques to change it—from breathing to pacing— makes a huge difference for people.” 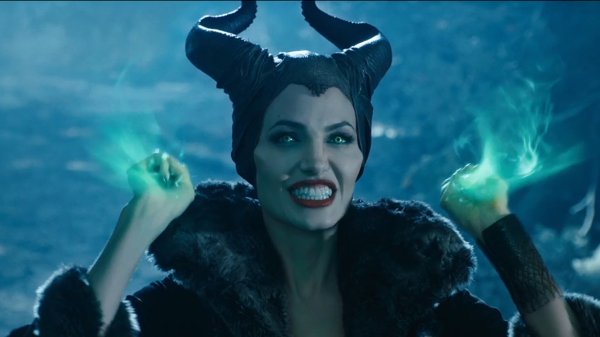 How Hollywood Can Get More Women to See Movies
Next Up: Editor's Pick