In the summer of 2009, two dozen statesmen from Central and Eastern Europe issued a joint appeal for President Barack Obama not to forget the lessons of recent history. The White House had just rolled out its “reset” in relations with Russia as a centerpiece of Obama’s foreign policy, and the Europeans were concerned the U.S. would give Moscow a pass for its invasion of Georgia the previous summer. “There is nervousness in our capitals,” said the open letter to Obama, which was signed by the former leaders of nine E.U. states. “NATO today seems weaker than when we joined,” they wrote. At the same time, the letter added, “Russia is back as a revisionist power pursuing a 19th-century agenda.”

Today that statement seems prescient. Obama’s reset has failed, and in a throwback to the 19th century, Russia has invaded another one of its neighbors—Ukraine—this time even annexing a chunk of its territory. What used to be nervousness in Eastern European capitals has now turned into fear, and Obama has finally started to pay more attention to the warnings he got five years ago. On Tuesday evening, he met in the Polish capital with the Presidents of all the nations represented in that 2009 appeal, reassuring them of his commitment to their security. “We stand together always,” he said as they sat down at the Presidential Palace in Warsaw. “What you’ve built over the last 25 years no other nation can take away.”

To some of the diplomats who saw Europe’s vulnerability coming, this felt like a tardy gesture, as did Obama’s pledge on Tuesday to spend a billion dollars on increasing the U.S. military presence on the continent. The reset had already created the conditions for Russian expansionism, and now Obama is trying to repair the damage it had done, said Adam Rotfeld, Poland’s former Minister of Foreign Affairs, who signed the appeal to Obama in 2009. “The Russians interpreted the reset as a kind of American weakness,” Rotfeld said in an interview in Warsaw. “It suggested that NATO is not as strong of an alliance as it was. And that gave Russia an opportunity to act.”

Russia’s invasion of Georgia had not met any Western resistance. It was not expelled from any major partnership with the West. It faced neither sanctions nor diplomatic isolation. The West did not even send military aid to support the Georgian forces, and within a year, a new U.S. President took office and offered Russia a fresh start. The Kremlin factored all of this experience into its decision to invade Ukraine in March, and in some ways it may have miscalculated. This time around Russia has faced sanctions, isolation and expulsion from the G8 club of wealthy nations. But for Eastern European diplomats like Rotfeld, it is hard to avoid the suspicion that the Ukrainian crisis could have been avoided if the U.S. had pushed back harder five years ago.

Micheal McFaul, who implemented the reset strategy as Obama’s ambassador to Moscow, doesn’t believe that would have helped. The reset, he said, was not about “changing the mood music” in relations with Russia, but about pursuing specific goals of U.S. foreign policy, such as a new treaty on nuclear arms reduction. Refusing to pursue that objective would not have stopped Russia from invading Ukraine, McFaul said, and neither would anything else the U.S. could have done. “When a leader in the Kremlin decides to use force in Eastern Europe, he has rightly calculated that the United States will not use force and does not have the ability to deter that aggression,” he told TIME by phone from Stanford University, where he took a fellowship after stepping down as ambassador in February. “That is the tragic truth.”

Obama’s visit to Europe has affirmed that truth in subtle ways. His meeting with European leaders on Tuesday was only open to members of the E.U. and NATO, not to aspiring E.U. members like Moldova. Ukraine’s President-elect Petro Poroshenko, whose inauguration is scheduled for this weekend, will meet with Obama on Wednesday in Warsaw. But the U.S. President decided not to visit Ukraine during this trip, and he has been careful not to promise Ukraine any military aid to fend off Russian aggression. “This is a defensive visit, not a proactive one,” said Matthew Rojansky, an expert of U.S.-Russian relations at the Wilson Center. “He is playing it very safe.”

It would be a lot less safe to go stomping around the parts of Eastern Europe that Russia still sees as its zone of influence, particularly Ukraine, Moldova and Georgia. Building those alliances through military aid or a promise of NATO membership would not only provoke more aggression from the Russians, but it would risk Obama going out on a limb alone, without the support Europe’s most powerful countries. “Berlin is watching this visit with some trepidation,” said Constanze Stelzenmueller, a senior fellow at the German Marshal Fund, a think tank focused on U.S.-German relations. “What Berlin wants of the Obama Administration is for them not steal a march on the Europeans by doing anything hasty.”

But that does not leave Obama with many options. Even the prospect of further sanctions against Russia will likely get shot down when he travels on Thursday to Brussels to meet with the leaders of Western Europe. They do not share the enthusiasm of their allies in the east for a battle of wills with Russia. What they would prefer is for the latest crisis on Russia’s borders to be resolved amicably enough for them to continue trading with Russia and buying its oil and gas. If that kind of pragmatism leaves countries outside the NATO alliance to deal with Russia on their own, then so be it. “Everyone is asking, ‘Where is the red line that Russia will not cross?’” said Rotfeld, the Polish diplomat. “That is the line where Russia will be counteracted by resistance.”

And so far, Russia does not seem to have found it. 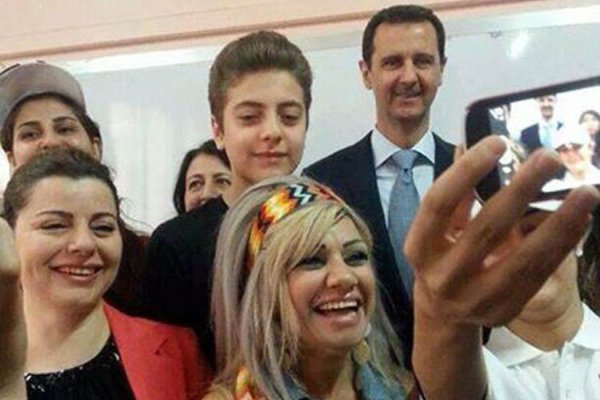