When a big tech company announces a press event, what I’m usually most interested in is the products it plans to announce. In the case of the one Microsoft will hold on March 27 in San Francisco — I’ll be there in person — the theory is that at least part of that news will involve a version of Microsoft Office for the iPad. Such a product has been grist for the rumor mill since 2011; one of the reasons I hope it gets unveiled next week is that I’m tired of speculating about it.

However, in the case of this event, I’m also interested in matters beyond new products. All Microsoft is saying about the nature of the news is that it involves “the intersection of cloud and mobile,” and that its new CEO, Satya Nadella, will make remarks. This is the first public event Nadella will preside over in the six weeks that he’s been in charge. If he wants to articulate a vision for the company’s future that’s different from that of his predecessor, Steve Ballmer, there’s no better time.

I don’t expect any immediate, radical departure from Ballmer’s Microsoft. (Gradual change rather than a sudden shift in epochs is a more likely scenario.) One thing to watch for: Microsoft’s current approach with the iPhone and Android versions of the Office apps is to bundle them up into a paid subscription to its Office 365 service, which still has the Windows version of Office as the 800-pound gorilla at its center. If it’s possible for iPad users to get their hands on Office without paying for Office 365, it’ll reflect a meaningful change in strategy.

Even if Nadella doesn’t say anything startling, it’ll be worth looking for clues to his take on the company he now leads. If Microsoft wanted to be pretty much the same Microsoft it’s been for the past decade — not that it hasn’t changed a lot in that time — Steve Ballmer would probably still be running the show. The last iteration of his Microsoft, as he often said, was about reinventing it into a “devices and services” company. I’ll be listening to see if Nadella expands upon that concept — or shows even subtle signs of diverging from it. 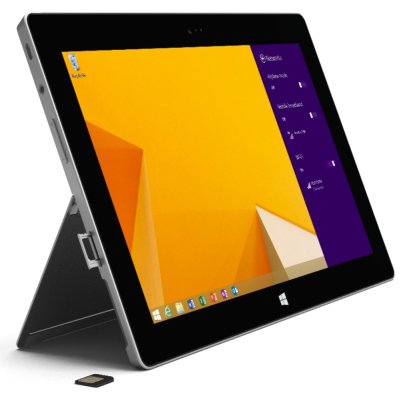 With AT&T LTE, Microsoft's Surface 2 Tablet Just Got a Lot More Interesting (at Least to Me)
Next Up: Editor's Pick