In an office kitty-corner to the Transamerica building in San Francisco, volunteers doggedly made calls on Monday night, telling other residents that the future of a city gem is in their hands. “Yes on B,” they said, “means protecting the waterfront.” This was the frontline of a battle, set to be decided on June 3, between those who want to preserve the city as it is and those who want to let it grow—the latest struggle in a decades-long war.

The waterfront in question, about 7.5 miles of shoreline that wraps around the eastern side of the city from Fisherman’s Wharf past the Embarcadero, currently has strict limits about how tall new buildings can be, often capped at 40 ft. to 80 ft. But those limits can be waived during the planning process overseen by the city: Proposition B would instead require every such exemption to be approved by the voters.

The proposition is a follow-up to a vote last November, when city residents decidedly rejected a proposal to build a luxury high-rise on the waterfront at 8 Washington St. Allan Jacobs, a former city planning director and professor emeritus at the University of California–Berkeley, says that this is how San Francisco residents have long reacted when they feel something about their city is threatened. “You’re losing something. You don’t want to lose it. How do you not lose it? You make a law,” he says, noting that similar referendums not only saved cable cars that were being retired in previous decades but prohibited the city from changing the cable car schedules.

San Francisco has been grappling with an affordability crisis for months; as the influx of new residents has outstripped housing supply, rents have skyrocketed. Opponents of the measure argue that any new residential spaces, luxury or affordable, will help ease the strain that is pushing middle-class families out of the city. If the proposition passes, plans for some proposed buildings would be halted. “There are literally thousands of units of housing at stake,” says Michael Theriault, secretary-treasurer of a local council that represents construction workers. “There are multiple opportunities for public hearings and input in the current process … Planning at the ballot box is never a good idea.”

Opponents like City Supervisor Scott Wiener point out that many of the piers along that stretch of waterfront are in disrepair and that without funding from private developers, the city doesn’t have enough funds to fix them—or even to tear them down. He believes that the prospect of going through a vote for every building project that exceeds height limits would discourage potential partners. “The San Francisco Bay waterfront is one of the crown jewels of the city and none of us wants to see it overdeveloped,” Wiener says. “We also have to keep in mind that parts of the waterfront are literally crumbling.”

Proponents of the measure see developers more as sharks than saviors. “The waterfront of San Francisco has become for developers the new gold coast,” says former Mayor Art Agnos. “If they were left to their own devices, they would create another Miami Beach or Hong Kong.” While voters could in theory push a referendum on every building that blocks a view, Agnos says that piecemeal action like that would require money and organizing efforts beyond the reach of most “ordinary” citizens. “The city’s okay with development,” he says, “in the right place, in the right proportion.”

Supporters of Proposition B point to the city’s general plan, a kind of mission statement for the planning department, which states that views must be preserved: “Views contribute immeasurably to the quality of the city and to the lives of its residents,” the plan states. “Protection should be given to major views whenever it is feasible, with special attention to the characteristic views of open space and water that reflect the natural setting of the city and give a colorful and refreshing contrast to man’s development.” Jacobs says that maintain the connection between the people and the water is crucial. “It’s why people are here,” he says. “It’s what made the place.”

Despite strong feelings on both sides, there are few contentious statewide legislative elections that would draw voters out on Tuesday, which is why supporters of Proposition B have sent volunteers to carefully selected intersections around the city—where they’ll urge San Franciscans to go to the polls. “For many, if not most, it’s about something that’s uniquely and specially San Francisco,” says campaign co-chair Jon Golinger.

Theriault, a lifelong San Francisco resident, disagrees with the philosophy that change is not part of the city’s fabric. “A lot of the support [for Proposition B] comes from people who have come to San Francisco and have the zeal of the convert, who are unwilling to see the city change from what it was when they arrived here,” he says. “How much housing can you fit in four stories?” 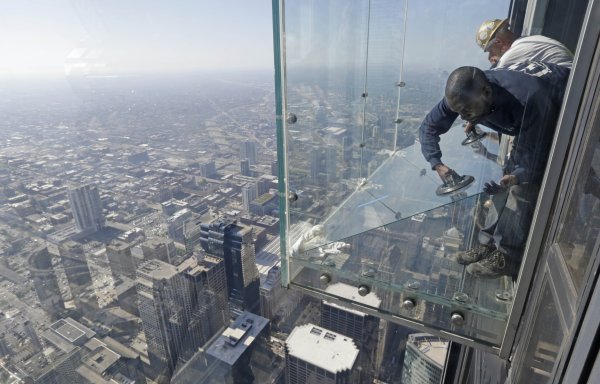