A Day in The Life of An Illegal Miner in Colombia

In the video above, 21 year-old Anderson Gomez talked with AFP about his daily work routine, which includes carrying more than 175 pounds of rocks and walking bent over in narrow tunnels 650 feet underground, where temperatures can reach 130 degrees Fahrenheit.

Gomez is one of hundreds of illegal miners in Segovia, a village in the Antioquia region of Colombia.

“It’s very hard work but it is an adventure. Not everyone has done this,” Gomez said.

The first time Gomez worked in this illegal mine he only made it halfway through the climb, he says. Now he has learned how to pace himself in mines where the air can be filled with toxic gas.

In illegal mines, the work has to be done by hand, said Hernando Jaramillo, who owns the mine where Gomez works. “The illegal worker works harder because he does it all with his shoulders, his back. A mechanised mine has carts and lifts to extract the material,” he said.

Gomez now earns up to 630 dollars a month, nearly twice the minimum wage, according to AFP.

A large percentage of Colombia’s gold output comes from illegal mines, which are often under guerrilla control where precarious conditions lead to frequent deadly accidents.

This year, 30 people died in accidents linked to illegal mining activity in Colombia, according to Reuters. 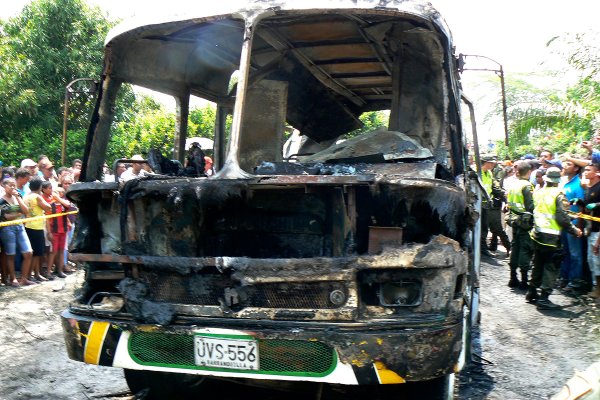 31 Children Die In Colombian Bus Inferno
Next Up: Editor's Pick