Autumn Sandeen holds a November, 1980 picture of herself as a man and navy seaman recruit on Nov. 23, 2010 in San Diego.
Gregory Bull—AP
By Maya Rhodan

Former U.S. Navy Seal Kristin Beck made an unapologetic statement at the Library of Congress on Monday. “I’m transgender,” she said, “and I’m proud of it.”

Beck, who served 20 years and was deployed 13 times, is also a proud veteran, showcasing her medals—including a Purple Heart and a Bronze star—which were pinned to her burgundy and black dress, right over her heart. But if Beck were currently serving in U.S. military, a little over ayear after she began openly identifying as female, her commanding officers would be well within their rights to discharge her.

“I’m the T,” Beck said during a panel discussion on the experiences of lesbian, gay, bisexual, and transgender equality in the U.S. military. “I’m the left out piece.”

There are an estimated 15,000 transgender individuals currently on active duty in the U.S. military, according to a recent study by the Williams Institute at the University of California at Los Angeles Law School. The same study suggests some 134,000 transgender veterans. And yet, while the military lifted its ban on gay, lesbian, and bisexual servicemen openly serving in the military with the 2010 repeal of Don’t Ask, Don’t Tell, the ban on transgender troops remains.

Former Army Spc. Joanna Eyles describes the experience as a closeted transgender service member as a life of fear. “It’s serving in fear,” Eyles told TIME. “Having to hide makes you feel like less of a person. Being able to serve openly would improve the quality of life and the ability of people to do their jobs.”

Beck and Eyles joined Brig. Gen. Tammy Smith, the first openly gay flag officer, and gay Iraq War veteran Eric Perez, in an open discussion about the LGBT experience in the military, with each sharing stories of being accepted for who they were, and for some, facing violence because of it. They expressed hope that the military will soon be a place where all individuals can serve openly, fueled in part by recent statements by Secretary of Defense Chuck Hagel and former Surgeon General Joycelyn Elders.

Elders recently co-chaired a study out of California that found “no compelling medical reason” for the ban on transgender troops. The report found the military’s ban on sex-hormone treatments for transgender individuals is “based on inaccurate understandings of the complexity, risks and efficacy of such treatments,” which the report finds many non-trans personnel already take.

“The fact is there is really no medical reason why transgender people can’t be serving right now,” said Allyson Robinson, of Service members, Partners, Allies for Respect and Tolerance for All or SPART*A, who sat in the audience Monday. The event was an effort to get more LGBT veterans to share their experiences with the Library of Congress’ Veteran’s History Project, a collection of personal accounts of American soldiers.

Hagel said in May that the U.S. military should review its policy on transgender troops, but maintained the argument that the medical attention transgender people need could complicate their open integration.

But Robinson, Beck, and Eyles said Monday the fact that 13 countries, including U.S. allies whose troops have served alongside American military personnel throughout the wars in Iraq and Afghanistan, have openly accepted transgender service men and women is proof positive that a ban is pointless.

Beck’s message to those currently serving: “Be careful, be safe. Serve with honor and integrity,” she said. “But I really believe we’re going to see some changes very quickly.”

The burgeoning transgender civil rights movement in the U.S. is the subject of TIME’s cover story this week. 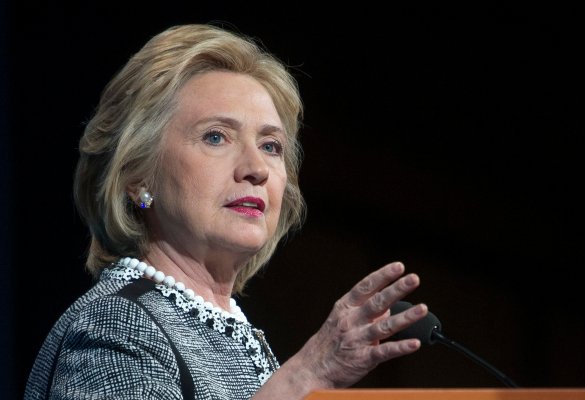