Get ready, Apple fans: The next mobile operating system upgrade, iOS 8, is coming to iPhones and iPads this fall. It’s got a couple big new features: HealthKit, for tracking your personal fitness data, and HomeKit, for integrating “smart home” apps more directly into iOS (including Siri support—eat your heart out, Clapper).

But iOS 8 promises lots of little new improvements, too. To boot:

Giving up Android’s far-superior notification center feature was my biggest sacrifice when I converted from Android to iOS for the iPhone 5. Apple’s now promising a notification center that’s far more customizable, with third-party widgets ranging from ESPN for sports scores to eBay for staying on top of your bidding game. These widgets will let you perform certain tasks right from iOS’s “Today” screen. Finally.

Apple, the company oh-so-famous for its walled gardens, has also for the first time opened up iOS to third-party keyboard apps. Among these is Swype, which lets users, well, swipe their fingers across the keyboard to type out words, another feature long-enjoyed by Android users but lacking from iOS. Apple’s iOS 8 is also coming with QuickType, a predictive typing feature that’s new to iOS but old hat to Android users.

Oh, joyful day: iOS and OSX, Apple’s desktop OS, are about to get much closer. With iOS 8 and Apple’s upcoming OSX 10.10 Yosemite, you’ll be able to make calls and send SMS text messages (not just iMessages) from your Apple desktop or laptop remotely via your iPhone. It’s probably good to be a little bit skeptical about this, though: Apple’s previous attempt at marrying iOS iMessages with OSX has not gone well.

Some other nice features: You’ll also be able to “handoff” documents from an iOS device to an OSX machine and vice-versa, and it’ll be easier for OSX machines to activate an iOS device’s wireless hotspot mode.

Ever been trapped in a terrible iMessage conversation with a bunch of people you don’t care about, but you’re too nice to leave it outright? Good news: You can now mute those awful chats, meaning you’ll still get the messages but you won’t be bothered by alerts about them. Nice.

Apple’s new Photos app will let you view and edit images from across your myriad i-Devices, which is nice. But there’s even bigger news for the iPhoneographers out there: iOS 8’s camera will natively support selecting different points for focus and exposure, which only third-party apps could previously do. And Apple’s also letting third-party apps get under the camera’s hood, finally allowing access to more manual controls.

Translation? People who really love photography will get more out of iOS 8—and, by logical extension, Apple’s next iPhone—than any Apple iOS to date.

Up to six family members will soon be able to share app purchases across their multiple devices. The catch: All those devices need to be tied to the same credit card—no Netflix-style password-swapping here. The family sharing feature also means stuff like calendars can be shared across devices, meaning you’ll never have to leave notes on the fridge again.

Stuck somewhere with Wi-Fi access but crappy cell reception? Then you’re in luck: iOS 8 will enable voice calls over Wi-Fi, though the feature will probably be carrier-dependent. If carriers were smart, though, they’d see it as a good way to get even less traffic crossing their already-strained networks—if an iPhone user is on Wi-Fi to make calls at a given moment, they’re presumably also using Wi-Fi, not mobile data, to use their data-intensive apps. 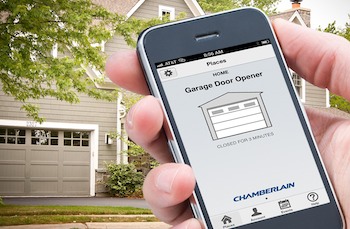 The Best Tech Gifts for Father's Day
Next Up: Editor's Pick