Russian President Vladimir Putin speeches during a meeting of the Coordination Council on Implementing the National Children's Strategy for 2012-2014, in the Kremlin on May 27, 2014.
Sasha Mordovets—Getty Images
By David Stout

Russia under President Vladimir Putin’s iron-fisted rule is losing fans across the world at a precipitous rate, according to a new study commissioned by the BBC World Service from GlobeScan and the Program on International Policy Attitudes (PIPA).

Feelings toward Moscow have increasingly soured in 13 of the 24 countries surveyed in 2014 and are the most negative since the poll was first conducted nine years ago.

“Views of Russia have continued to deteriorate strongly over the past year,” the BBC said in a statement. “In the 20 tracking countries surveyed both in 2013 and 2014, negative ratings have jumped four points to 45%.”

Views of Russia were most unfavorable in Europe, where the proportion of French and Germans holding negative views of the country increased by 6 points to 69% and 67%, respectively. In the U.K., 64% of those polled had negative feelings toward Russia — a 7% increase.

An equal percentage of Americans polled held negative feelings about Russia, representing a 5-point increase in the past year.

Pollsters cited Putin’s increasingly antagonistic behavior on the global stage as the likely stimulant responsible for the increase.

PIPA director Steven Kull said the polling period was one “during which Putin had pressed Ukraine to not move toward the E.U., and when the first riots took place in the streets of Kiev.”

However, at least six of the countries surveyed reported increasingly positive attitudes toward Russia.

China, home to roughly 20% of the global population, holds largely favorable views of its neighbor to the north. Approximately 55% of Chinese surveyed expressed positive perceptions of Russia — an 11-point increase. 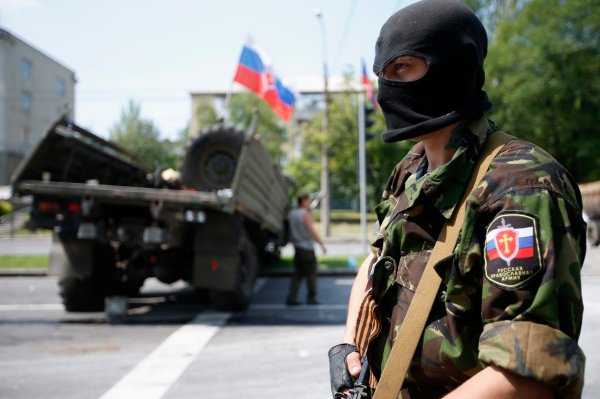 This Isn't A Cold War. And That's Not Necessarily Good
Next Up: Editor's Pick