iOS 8 and OS X Yosemite: Fit for a World Where Apple Rules

While wrapping up the keynote at Apple’s Worldwide Developers Conference on Monday, CEO Tim Cook used a familiar refrain: “You’ve seen how our operating systems, devices and services all work together in harmony,” he said. “… This is something only Apple can do.”

Cook has brought up the “only Apple” talking point before, but it’s never felt this accurate. iOS 8 and Mac OS X Yosemite don’t merely ask that you use nothing but Apple hardware; they also suggest that your family and friends should do the same. You’ll all have a better experience, Apple argues, when everyone’s using iPhones, iPads and Macs.

There are a few layers to this strategy, and you can see them play out in iOS 8 and Mac OS X Yosemite:

The common thread here is that all these features get better as more people own more Apple products. Although Apple has benefited from network effects before–most notably in the virtuous cycle of the App Store–this is a bit different. Apple has essentially found a way for its own popularity to fuel features that no other platform has.

If I sound both excited and alarmed, that’s intentional. As impressive as Apple’s new software sounds, I’ve always tried to avoid being too invested in any one platform, and have instead relied on services that are readily available everywhere. By doing this, I’ve made it easy to adopt whatever hardware suits my needs, whether it’s an extra-large phone, a smaller tablet or a touchscreen laptop. I’ve never had to wait for Apple to release the kinds of devices I want.

Here's What's Next from Apple (in Under Two Minutes)

But with iOS 8 and OS X Yosemite, Apple is taking an axe to that approach. It’s come up with entirely new kinds of services that can only exist across Apple hardware. If you want those services, you need to go all-in with Apple. Tim Cook’s words ring truer than ever. 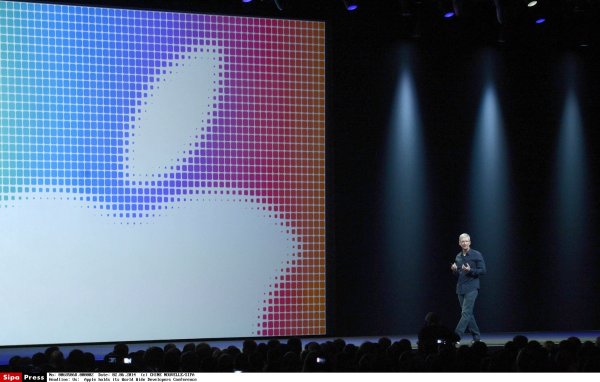 Here's What's Next from Apple (in Under Two Minutes)
EDIT POST