Creigh Deeds, a 56 year-old Virginia state senator, can sympathize better than most with the father of Elliot Rodger, the 22-year old who killed six students in Santa Barbara last month before shooting himself. Last November, Creigh’s son, Gus, who had been suffering from mental illness, stabbed his father before committing suicide.

There are similarities in the deadly situations: the parents, divorced, worked together to help their troubled son. The public safety net meant to deal with such situations failed to prevent the tragedies. A month before Rodger’s rampage, the police visited Rodger, 22, after his mother alerted mental health authorities, but left after concluding that Rodger was not a threat. Thirteen hours before his death, Gus, 24, sought psychiatric treatment but was turned away at a local facility that said it didn’t have any available beds. Both families were wracked by their son’s death and have said it is now their responsibility to prevent similar tragedies in the future.

Deeds led the effort to successfully pass a mental health bill in Virginia earlier this year, and he told TIME in a short email exchange Monday that America’s privacy laws make it “exceedingly difficult” for parents of adult children to advocate for their children. He also had a message to parents: “be open to the unthinkable,” “stay involved” in your children’s lives and lobby elected officials on how to fix flaws in the system. He also tells parents of children struggling with mental illness, “you are not alone.”

What was your reaction when you heard the news about the Santa Barbara shooting?

My reaction was probably similar to that of just about everybody else. I was shocked and saddened. The sadness deepened after I saw the snippet of YouTube video and learned of Elliot Rodger’s extensive history with mental health professionals and law enforcement.

The parents of the shooter had expressed concern about their son to the local police, and the police had three previous encounters with Elliot Rodger, but that did not prevent what happened. What can be done to make sure mass shootings don’t happen again?

I wish it were that easy. In a free society, I am afraid that we cannot completely eliminate the chance that a mass shooting, or any other crime, will occur. But I do not think we should ever be satisfied thinking that they are inevitable.

While an individual with mental illness is more likely to be a victim of a violent crime than a perpetrator, the recent high profile mass shootings shine a spotlight on mental health. We have to work hard to remove the stigma associated with mental health. We have to talk about mental health issues. We have to hold uncomfortable discussions with loved ones, roommates, or coworkers in need and seek treatment for those we care about. We have to understand that we are our brother’s keeper. We have to constantly be thinking about the needs of other people. As parents, we need to stay involved in our children’s lives and be open to the unthinkable, that our children may need help. And, when that important step is taken, the services must be there to meet the need.

Parents need to love their children, and sometimes that means protecting them from themselves. As soon as problems are identified, professional help should be sought. If you notice an escalation in behavior, do not hesitate to contact law enforcement or initiate proceedings to have your child evaluated. Educate yourself on mental illness and become involved in an advocacy organization. You are not alone. And if you encounter flaws in the system, a lack of services, or a problem, share you story with your elected officials.

Based on the volume of calls, emails, and letters I have received from throughout the United States since last fall, I know there are significant lapses in services and people have limited places to turn for help in many areas of this country. Moreover, our laws to protect patient privacy make it exceedingly difficult for parents of adult children to advocate for their children. Despite those barriers, parents must never give up.

Is there anything you learned as a parent or lawmaker after your son’s death that you wish you had known before?

There are many things I wish I had known, but none of them will bring my son back. The key lesson in all of this is that as parents, we have to develop strong relationships with our children and stay involved in their lives, especially if there are signs that the child, no longer a child, is in trouble.

Does the issue of handling mentally ill youth need a greater national focus?

Yes. The issue of handling mentally ill youth does need a greater national focus. Many mental illnesses, particularly schizophrenia and schizoaffective disorder, do not become apparent until people are in their late teens or early twenties. Part of the national discussion needs to be a greater understanding that mental illness affects one in four Americans, nearly every family, and people need to be better equipped to identify problems before they manifest themselves into dangerous illnesses. Moreover, there are some necessary changes, HIPPA [privacy rule] reform for example, that can only take place at the federal level. 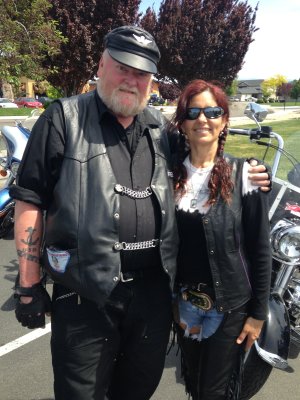 Idaho's GOP Candidate on Life as a Viral Sensation
Next Up: Editor's Pick