Apple's 'Metal' Could Transform iOS Gaming If It Works as Promised

Apple’s gaming strategy — anemic enough in the past that some might view those three words used in the same sentence as oxymoronic — took an interesting turn at the company’s annual WWDC 2014 conference on Monday. Apple software engineer VP Craig Federighi surprised onlookers after steering lengthy presentations on OS X Yosemite (Apple’s latest version of OS X) and iOS 8 by revealing something the company calls “Metal,” which Federighi prefaced as “huge in the area of 3D graphics.”

Metal, says Apple, is designed to supplant OpenGL, or the Open Graphics Library, as the mechanism in iOS whereby developers get their hooks into the hardware — in this case, Apple’s powerful A7 system-on-a-chip processor. Calling OpenGL “increasingly…a thick layer of overhead between the game and the hardware,” Federighi claimed Metal would dissolve most of that layer and replace it with one that offers “near bare-to-the-metal access to the power of A7.” According to Federighi, the difference is “stunning,” with draw call rates clocking up to 10 times faster (“draw call rate” refers to the process whereby an application renders different types of visual data to the screen, though there’s some debate over its importance as a performance bottleneck).

That, in theory, would reduce processing overhead, allow developers room to access the “compute” aspect of the GPU portion of A7 (in addition to graphics), and Metal supports both precompiled shaders and “efficient” multithreading. (Shaders are employed to “color” aspects of an image or create other visual effects, and precompiling them can reduce load times.)

Technical claims of API prowess aside, it seems Apple’s been working with Crytek, Epic, EA and Unity to come up with Metal-based demos. The first three of those companies are long-reputed for pushing graphical boundaries in games: Crytek with Crysis and Ryse, Epic with its proliferative Unreal Engine and EA with subsidiary DICE’s Frostbite technology.

Federighi said these companies had only been fiddling with Metal for a few weeks, but managed to achieve “stunning” results, then he brought up a clip of EA’s Plants vs. Zombies — a “console-level title” — running in iOS 8 with over “1.3 million triangles on the screen at a time.”

How does that compare to a pre-Metal 3D game? I have no idea, but I’m guessing Apple wouldn’t risk boasting about the metric in specific terms before an audience largely composed of developers if it wasn’t a meaningful leap.

Federighi went on to highlight footage of a game by Crytek (from The Collectables, a squad-based tactics game for iOS announced last year — the big deal with Metal, apparently, is that they can do up to 4,000 draw calls per frame, says Federighi), before turning the stage over to Epic founder and Unreal Engine co-creator Tim Sweeney.

Sweeney, sounding a bit stilted, as if reading from a script (which he doubtless was) demonstrated a tech demo alongside one of his colleagues that he called “Zen Garden.” Zen Garden was built using Unreal Engine 4 (the latest UE version, released in early April this year) and designed to highlight detailed special effects, like drawing thousands of leaves on a tree in realtime and watching them flutter to the ground, or poking around in a fish pool filled with hundreds of fish (each able to have CPU time dedicated toward making them individually intelligent), or animating thousands of butterflies as the screen panned and shifted around a complex-looking 3D backdrop in realtime.

Again, it’s impossible to tell how any of that compares in specific terms to some of the highest-end console games today, like Ryse or Killzone: Shadow Fall or Battlefield 4, so we’re left to with generalizations and pretty — if not mind-blowingly so — imagery. Sweeney noted Zen Garden would be available on the App Store for free when iOS 8 ships later this year, so maybe a gaming performance analysis outfit like Digital Foundry can make something of its meaningfulness at that point. Federighi said no more about Metal after Sweeney left the stage — no tout list of third-party developers, or of games in development, or timeframe estimates on when we’ll see iOS 8 Metal-enhanced games.

What this wasn’t, then: Apple throwing down the gauntlet and squaring off with Microsoft’s Xbox One or Sony’s PlayStation 4. Not yet, anyway. The company seems to be stepping, component by component, toward an inexorable confrontation rather than throwing all its weight behind a fully articulated console-competitive games platform — built on iOS — today. Call it an overabundance of caution, call it oblivious nonchalance toward the highest grossing entertainment medium by revenue on the planet, I suspect it’s probably just a company taking its time, fully cognizant of the fact that multitouch devices have serious limitations — interface hurdles that have to be overcome, if indeed they’re worth overcoming — if Apple wants to eventually present tablets (or post-tablets) as console-alternative gaming devices. And that’s still a big if. 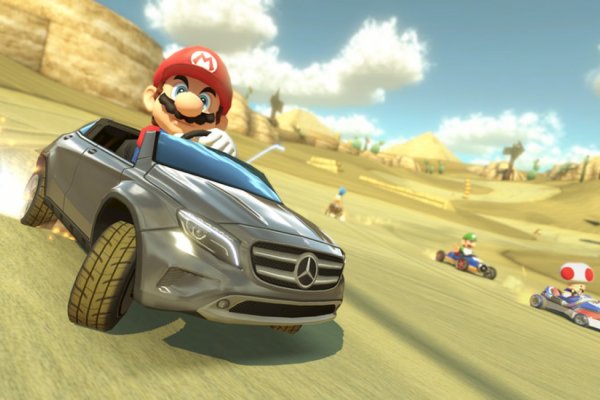