Hurricanes given female names tend to be more deadly than hurricanes with male names because people subconsciously assume storms with feminine names will be less dangerous, according to a new study.

Researchers at the University of Illinois at Urbana-Champaign looked at six decades worth of death rates from U.S. hurricanes and found that hurricanes with female names were more deadly because people think they sound less threatening and therefore take fewer precautions to protect themselves.

A hurricane’s name is unrelated to how fierce it will be, but if people are subconsciously making protective decisions based on gendered storm naming, that could be a problem. The researchers found that the more feminine a storm name, the more fatalities it caused. The report suggests that changing a severe hurricane’s name from Charley to Eloise could triple its death rate.

“In judging the intensity of a storm, people appear to be applying their beliefs about how men and women behave,” said study co-author Sharon Shavitt, a professor of marketing at the University of Illinois at Urbana-Champaign, in a statement. “This makes a female-named hurricane, especially one with a very feminine name such as Belle or Cindy, seem gentler and less violent.”

In a second part of their study, which is published in the journal Proceedings of the National Academy of Sciences, the researchers asked participants about fake hurricanes with names like Hurricane Alexandra or Hurricane Alexander. Again, the participants rated the female-named storms as less risky.

The researchers note that some clear gender stereotypes are likely at play here, although they are not necessarily negative toward women. People may just be viewing men as more aggressive.

Of course, this is one of the first studies to make this finding, and the results are only preliminary. Jeff Lazo from the National Center for Atmospheric Research has poured cold water on the study’s findings, stating that in the past hurricanes always had female names and there are many other reasons hurricanes are deadly besides whether or not people adequately protect themselves. 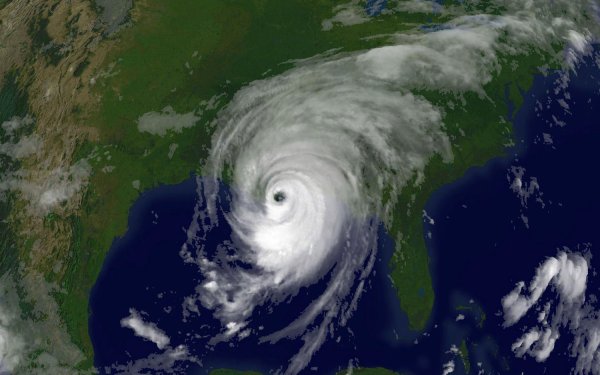 El Niño Could Mean a Disaster-Free Hurricane Season
Next Up: Editor's Pick