The headlines scream of surreptitious videos, nasty intramural spats and Silicon Valley influence peddlers. But among the eight states holding primary elections on Tuesday, the two marquee contests can be distilled to a simple choice: whether Republican and Democratic primary voters decide to jettison the old guard for a taste of the future.

In Mississippi’s Republican Senate primary, incumbent Thad Cochran’s seat is the Tea Party’s best remaining shot this year to topple an incumbent. A six-term incumbent with a patrician’s manner and a taste for pork-barrel spending, Cochran, 76, can seem like a relic of a different era. He has served Mississippi in the Senate since the Carter administration, and his skill at securing federal dollars for this cash-strapped state is borne out by the facilities across it that bear his name. He has said he doesn’t “really know a lot” about the Tea Party movement that has been shaking up the GOP for five years running now.

In normal times, Cochran’s earmarking prowess and Washington clout might have made him a model senator. This year it makes him big game for RINO-hunting groups across the GOP’s right wing. And if Cochran is an icon of the party’s past, his insurgent challenger is an emblem of the party’s new regime. Chris McDaniel, a 41-year-old state senator, disdains earmarks and has skirted some questions about whether he would have voted for a relief bill that ameliorated the damages of Hurricane Katrina. He presents himself as a pure conservative, and makes clear that he would eschew the federal dollars on which Cochran—the ranking member on the Senate appropriations committee—has partially staked his re-election. “I’m not going to do anything for you,” McDaniel told a local audience recently. “I’m going to get the government off your back, then I’m gonna let you do it for yourself.”

While the personalities and the politics are different, the juxtaposition between old and new is equally stark in Tuesday’s primary in California’s 17th Congressional District. Since 2001, the Bay Area region has been represented by Democrat Mike Honda. Like Cochran, Honda is a popular septuagenarian with support from his party’s traditional base. As such, he also became the target of a hostile takeover attempt from a group that may represent the party’s next generation.

The 17th district encompasses swaths of Silicon Valley, and tech titans like Sean Parker, Marissa Mayer and Sheryl Sandberg have plowed cash into the campaign account of a challenger they hope will better represent the industry’s interests. That candidate, 37-year-old Ro Khanna, has drafted some of the same bundlers and data whizzes who powered President Barack Obama to reelection. An Ivy league-educated intellectual property lawyer, Khanna is the kind of centrist technocrat that Silicon Valley—and the Democratic Party that increasingly relies on its largesse—has come to prize.

Honda has the edge in name recognition, the support of labor unions and a long record that resonates in the district. But if Khanna survives Tuesday’s “jungle” primary—in which the top two vote-getters regardless of party move to the general election—he could prove a disruptive political force come November. 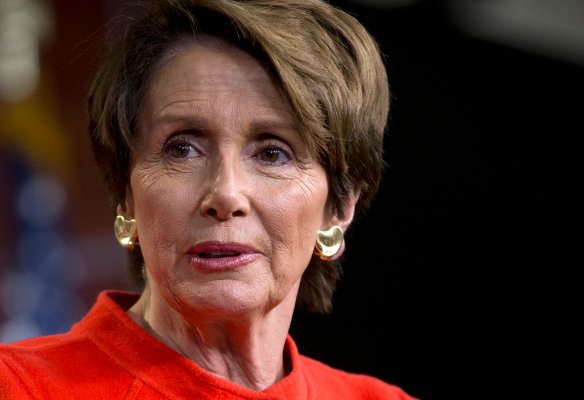 Dems Induce Panic to Raise Cash Before Midterms
Next Up: Editor's Pick