Here's What Happens To The Mind After 5 Years of Captivity

U.S. Army Sergeant Bowe Bergdahl, the last known American POW, was finally returned home over the weekend after five years held in captivity in Afghanistan. Since Bergdahl’s return, curious details have emerged about his mental state before and after capture. And it all begs the question: What does five years in captivity do to the human mind?

Bergdahl’s repatriation is going to be a challenge, and piecing together the psychologically and physically broken veteran is a delicate process. After all, an abduction is the ultimate exchange of power, spurring the start of a complicated relationship based on both deep distrust and reliance, say experts. “He’s to some degree merged with those who held him,” says Brian Engdahl, professor of PTSD Research and Neuroscience at the University of Minnesota. “He was totally dependent on them for food, shelter, clothing. It can reduce a person to a weak state where their entire life revolves around how their captors are treating them.” A morsel of food becomes a generous gift, only to be withheld at the next feeding.

Many POWs find physical and mental strength by relying on their fellow captured soldiers, but Bergdahl was alone. Speculation about whether he suffered from Stockholm Syndrome—the phenomenon where captives identify with their captors—are not unwarranted, though so far evidence hasn’t suggested this to be true.

Studies of POWs from the Korean War show that the psychological injuries from captivity stem from two types of trauma. The first is physical and usually short-term, caused by malnutrition and injury. The more persisting trauma is, of course, psychological. At Landstuhl Regional Medical Center in Germany, which treats U.S. vets from Afghanistan and Iraq, Bergdahl is likely being tested for depression, anxiety, and PTSD, says Engdahl. “Beyond that, he could be feeling deep guilt, shame, bewilderment, and a lost sense of identity,” says Engdahl. If his English is poor, as has been reported, it’s likely from lack of speaking.

Once home, psychological challenges won’t likely abate overnight, says Barbara Rothbaum, the associate vice chair of clinical research in the department of psychiatry at Emory School of Medicine. “But even if the trauma is over, it’s not really over,” she says. POWs often experience flashbacks, and will wake up in the middle of the night thinking they are still in captivity. Many victims become avoidant and don’t want to talk about their experience because they are afraid it will trigger memories, she says. It’s one of the reasons many will forgo treatment.

“I’ve had veterans tell me they were drunk for a year,” says Rothbaum. But avoidance is one of the worst ways to deal with the harsh return, and Rothbaum’s research has shown that talking about experiences early can actually help prevent the onset of PTSD.

“People want to avoid talking about the worst parts, the most shameful, the most embarrassing,” says Rothbaum. “But it will help.” 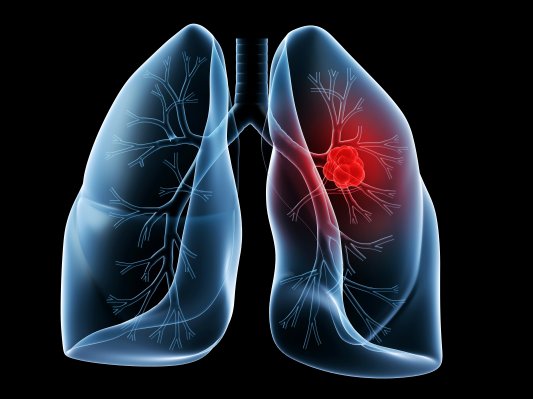 BRCA Gene Can Be A Cancer Triple Whammy, Study Finds
Next Up: Editor's Pick