Women and children are evacuated from the scene on Boylston Street after two explosions went off near the finish line of the 117th Boston Marathon on April 15, 2013.
Bill Greene—Boston Globe/Getty Images
By Francine Russo

You may not be surprised to learn that children who attended the 2013 Boston Marathon were six times more likely than non-attendees to suffer from PTSD. Given the carnage and panic wrought by the bombs, which caused 3 deaths and 264 injuries, you’d expect more trauma symptoms from those on the scene. But a new study reports that kids who had up-close views of the ensuing manhunt were just as likely to suffer PTSD as those with near exposure to the bombing. And kids who may not have had first-hand experience of either—well, the more news coverage they watched, the more mental health disturbances they suffered.

The study, published online June 2 in Pediatrics, surveyed 460 parents of children who lived within 25 miles of the marathon or of Watertown, where the manhunt took place. They were asked about their children’s experiences during the week of the attack and about their psychological and social functioning in the following six months. The investigators, led by psychologist Jonathan Comer, formerly of Boston University and now at Florida International University, were interested in the impact both of the bombing and of its ripple effects afterward. They also wanted to measure both PTSD and less severe mental health issues such as conduct and peer problems, hyperactivity and inattention. Interestingly, they found an even stronger link between broad mental health problems among the kids with dramatic exposure to the manhunt (hearing shots, having their house searched, for example) than among kids with similar sensory experience of the bombing itself.

The investigators also measured both the time the children spent glued to the set and whether parents had tried to limit their news viewing. Overall, the kids watched an average of 1.5 hours of attack coverage and more than 20% watched for over three hours. “Two thirds of the parents did not attempt to restrict their children’s viewing at all,” Comer says. “Yet we saw after Oklahoma City and 911 that TV exposure can have negative mental health effects on children, both near and far.”

Experts on children and media tend to agree that restricting children’s media exposure to violent events is critical. Casey Jordan, a criminologist and justice professor at Western Connecticut State University, says that adults can put in context the sensationalism of media coverage designed to create a sense of danger. But children generally cannot. “The best rule,” he says, “is TURN IT OFF unless you really have a suspect on the lam in your neighborhood.” Just get the basic facts, he suggests, and do so by Internet if possible.

Parents can help their children through these scary times by speaking to them honestly but calmly about what is happening and letting them express their reactions and fears. “It’s important to reassure them that they are safe,” says psychologist Daniel J. Flannery, who directs the Begun Center for Violence Prevention Research and Education at Case Western Reserve University. “Explain,” he says, “that the event was very unusual, and sometimes bad people do bad things but not everybody is like that. Their sense of normalcy has been taken away from them, and they need to get that back. “

Calm matters, agrees Jordan. “Do not go off on a tangent about ‘those people’ or a rant about who is to blame,” he says. “Children are sponges, they will learn from parents’ own reaction to crime and chaos, and absorb all the fall-out from what they hear and see.”

This new study suggests that parents be alert to changes in their kids even months after—and miles away from—a violent incident. Are they eating or sleeping less—or more? Are they more withdrawn or anxious, acting out at school or with friends? The children may not have been personally involved in the traumatic event, suggests this research, but they may still be suffering trauma. “The reach of terror and associated fear,” write the authors, “is not confined to the boundaries of an attack itself.” 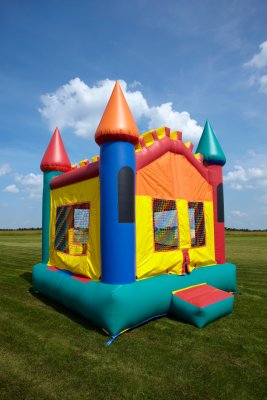