The 6 U.S. Soldiers Who Died Searching for Bowe Bergdahl

US Army/AFP/Getty Images
By Mark Thompson

Army Sergeant Bowe Bergdahl was freed by the Taliban over the weekend after they held him for nearly five years, in exchange for five Taliban leaders, who will spend a year cooling their heels in Qatar. You might have heard about it on the news.

Chances are you haven’t heard of the six soldiers who died hunting for him after he went missing, according to military officials. Now that Bergdahl has been sprung—in exchange for five senior Taliban officials, who had been imprisoned at Guantanamo—soldiers who served with Bergdahl are grumbling that he deserted and shouldn’t be hailed as a hero, especially given the resulting cost in American lives.

The bile surrounding his rescue is blunt on his Fort Richardson, Alaska brigade’s Facebook page:

Commenters who suggested such comments were unduly harsh were dismissed by and large. “Maybe if you knew the truth and the sacrifices made from people in our units in Alaska to find this douche you wouldn’t feel the way you do,” one responded to a poster urging restraint. “I feel worse for the kids who have to grow up fatherless cause their daddies died looking for this punk.”

Tellingly, President Obama lauded the “courage” of Bergdahl’s parents throughout his imprisonment, but merely extended an unadorned “welcome home” to Bergdahl himself.

Conflicting reports have surrounded Bergdahl’s disappearance. But there is evidence that he was upset over U.S. policy in Afghanistan and deserted his post in a war zone in Paktika province, in the southeastern part of the country by the Pakistan border, while serving with the 1st Battalion, 501st Infantry Regiment, 4th Brigade Combat Team, 25th Infantry Division.

On Sunday, Defense Secretary Chuck Hagel didn’t issue Bergdahl a blank check for his pre-capture actions. “Our first priority is assuring his well-being and his health and getting him reunited with his family,” he said. “Other circumstances that may develop and questions, those will be dealt with later.”

Soldiers who fought in Afghanistan are waiting. “Those allegations can—and should—be handled administratively or legally once he’s back,” says a former Army officer who served in Afghanistan. Because he’s now working at a senior level in the U.S. government, he wouldn’t allow his name to be used. “If he did, in fact, desert, then he unnecessarily risked the lives of many brave people.”

Pentagon officials have suggested that Bergdahl will likely not be charged with any violation of the Uniform Code of Military Justice, believing that five years in Taliban custody was punishment enough.

But those irate over Bergdahl fear that the nation has forgotten the men they say were lost in the hunt for him:

Staff Sergeant Clayton Bowen, 29, of San Antonio, Texas, and Private 1st Class Morris Walker, 23, of Chapel Hill, N.C., were killed by a roadside bomb in Paktika province on Aug. 18, 2009, while trying to find Bergdahl. Like Bergdahl, they were part of the 4th BCT from Fort Richardson, Alaska.

Bowen’s mother last heard from her son the night before he died. “Clay called me around midnight to tell me I

wouldn’t hear from him for a few days,” she said. She never heard from him again, although she can still hear his voice in the two CDs he recorded with the 82nd Airborne All-American Chorus. “He was the only bass in the group,” she said, “so you could always hear him.”

“What I think of first when I think of Morris is his smile because he was always smiling,” his junior-high teacher,

Wanda Bordone, told the Associated Press after he died. “He had a great sense of humor, lots of friends.”

Staff Sergeant Kurt Curtiss, 27, of Murray, Utah, died Aug. 26 in Paktika Province, Afghanistan, of wounds suffered when he was shot while his unit was supporting Afghan security forces during an enemy attack. Like Bergdahl, Bowen and Walker, he was part of the 4th BCT.

“I’ll never forget you Kurt,” Adrian Ramirez a fellow soldier from Fort Richardson, posted on a memorial site. “You were my first team leader from the beginning and my squad leader to the end. I will miss you and all the memories I have shared with you.”

2nd Lieutenant Darryn Andrews, 34, of Dallas, Texas, died Sept. 4 in Paktika Province when enemy forces attacked his vehicle with an improvised explosive device and a rocket-propelled grenade. Like Bergdahl, Bowen, Walker and Curtiss, Andrews was part of the 4th BCT.

“We grew up with an enormous amount of pride for our nation,” Andrews’ mother, Sondra, told the Amarillo Globe-News. That was understandable: his father. grandfather and uncle had served in uniform. “We passed it on to our children, never thinking we would pay the ultimate sacrifice.”

Staff Sergeant Michael Murphrey, 25, of Snyder, Texas, died Sept. 6 in Paktika province after being wounded by an IED. Like Bergdahl, Bowen, Walker, Curtiss and Andrews, Murphrey was part of the 4th BCT.

“On his 17th birthday his family took him skydiving and after that,” his obituary read, “he decided he wanted to be an Army paratrooper.”

On Sept. 4, 2009, Private 1st Class Matthew Martinek, 20, of DeKalb, Ill., was seriously wounded in Paktika province when Taliban forces attacked his vehicle with an improvided explosive device, a rocket-propelled grenade and small-arms fire.

The U.S. military rushed him to Landstuhl Regional Medical Center in Landstuhl, Germany—the same medical facility where Bergdahl is now being treated.

Bergdahl is expected to fly home to the U.S. soon for additional care and counseling.

Martinek never got that chance. He died a week after the attack—on Sept. 11.

Martinek “tried not to talk too much about what he was doing, but he said he liked helping people,” his brother, Travis Wright, told the AP.

Like Bergdahl, Bowen, Walker, Curtiss, Andrews and Murphrey, Martinek was part of the 4th BCT.

The diversion of these men and their units to the hunt for Bergdahl thinned the ranks of U.S. troops elsewhere in the region, contributing to several more American KIAs, U.S. soldiers who were there at the time believe.

Military justice can be swift and merciless, although that appears unlikely in this case. But the past cannot be erased, and it’s that legacy that gives the troops involved a markedly different view of Bergdahl and his rescue than that of most Americans sitting at home, paying scant attention to the nation’s only soldier missing in action in Afghanistan until Saturday.

The reason, for anyone who has been in combat, is pretty simple. Soldiers never forget. Civilians rarely remember. 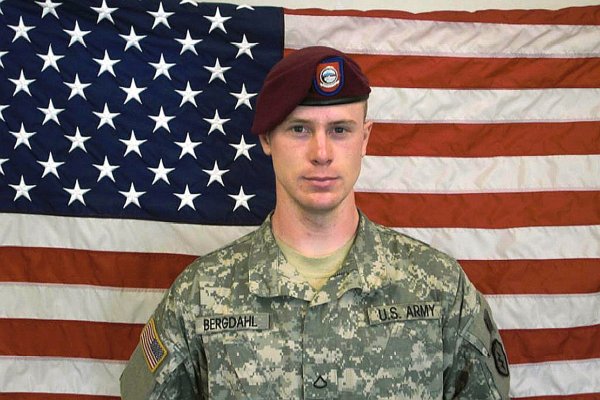