The U.S.-Afghanistan Prisoner Swap Doesn't Signal Peace on the Horizon

A sign announcing the release of Sgt. Bowe Bergdahl sits in the window of the Hailey Paint and Supply store on Main Street June 1, 2014 in Hailey, Idaho.
Scott Olson&mdash;Getty Images
By Michael Kugelman

Bowe Bergdahl, the last remaining U.S. POW in Afghanistan, has been released in exchange for five Taliban detainees held at Guantanamo.

This is, quite simply, a remarkable achievement.

In past wars, the U.S. has had greater success recovering its POWs after the fighting has stopped, and after peace agreements have been signed. Many POWs from the Korean War returned home after the 1953 armistice. Nearly 600 from the Vietnam War were freed after the 1973 Paris Peace Accords ended that conflict. When American POWs have been recovered during wartime—and the U.S. is still very much at war in Afghanistan—it has typically happened through rescue missions, not negotiations. Recall the case of Jessica Lynch in Iraq.

Of course, in Afghanistan today, the circumstances are quite different. The U.S. has long viewed a prisoner swap with the Taliban as a prerequisite for, not a consequence of, a peace deal—a deal Washington fervently desires as it winds down its military involvement in a war that it couldn’t win on the battlefield.

The Taliban has articulated its conditions for joining a peace process. One is a full withdrawal of foreign troops from Afghanistan. In recent days, President Obama, by vowing to remove all U.S. soldiers from the country by the end of 2016, has effectively obliged. Another Taliban demand is the release of its senior members from Guantanamo. Thanks to the Bergdahl deal, five of them are now in Qatar.

No wonder many observers now hope that a peace process with the Taliban could soon be underway.

Sorry to rain on their parade, but here’s the sad truth: peace is likely to remain elusive in Afghanistan, even with the successful prisoner swap.

Consider, first, that the Taliban is an ideologically divided organization. Some of its factions are more moderate and pro-peace than others, and influential hardliners may well reject the idea of using the prisoner swap as a confidence-building measure toward broader negotiations. Earlier this year, several Taliban leaders exploring peace possibilities were mysteriously gunned down in Pakistan. No one knows why, or by whom—though it’s quite possible their hardline, anti-peace Taliban colleagues are to blame.

Second, previous efforts to jumpstart peace talks have failed miserably. The most notorious recent failure was when a Taliban office was opened in Qatar last year to facilitate negotiations. This effort was scuttled, and the office closed, following disputes that arose after it became clear the Taliban was treating the office as a foreign embassy, not a negotiating facility.

Then there’s the case of Mullah Abdul Ghani Baradar, a high-ranking Taliban official regarded as close to supreme leader Mullah Omar. Baradar, held by Pakistan since 2010, was released last year in a goodwill gesture meant to rejuvenate the peace process. And yet nothing has come out of this move. Some Afghans believe he was never truly released. Kabul, in fact, has accused Pakistan—despite that country’s strong protestations to the contrary—of obstructing the peace process. This is no minor accusation, given the close relationship Pakistan has historically enjoyed with the Taliban.

Finally, from an operational standpoint, the Taliban has little incentive to pursue peace. In the coming months—and years—it stands to achieve tremendous battlefield successes. International combat forces are withdrawing, and Afghan security forces—though much improved in recent years—remain fragile. Not only do they continue to lack warfighting capacities, but they also suffer from more fundamental deficiencies such as illiteracy, drug abuse and desertions.

Additionally, formidable Pakistani militant organizations—including the Pakistani Taliban and the Lashkar-e-Jhangvi, a vicious sectarian extremist group—have vowed to join forces with the Taliban. Already, these fighters are coursing into Pakistan’s tribal areas to prepare for war in Afghanistan, both this year and beyond. Given all this, why would the Taliban choose to put down its weapons now?

All this said, by no means should the possibility of peace talks be discounted. For the first time, several key Taliban preconditions for talks have been fulfilled. Also, the Taliban could decide that the international troop withdrawal gives it great bargaining power, and that now is the time to sit down and press for some major concessions from Kabul—including some kind of role in a future government.

However, this assumes that the Taliban is truly open to the principle of peace, which is far from certain. And it also assumes that Afghanistan’s own government is prepared for talks. Certainly, the Hamid Karzai-led government was open to them; Karzai himself has reportedly participated in short-lived backchannel talks with the Taliban. Yet it’s less clear if the country’s next leader, to be determined by a June 14 electoral runoff, will be as enthusiastic.

The upshot? It’s well worth celebrating Bergdahl’s release—but let’s not view it as a precursor to a peace deal that ends America’s longest-ever war.

Michael Kugelman is the senior associate for South Asia at the Woodrow Wilson International Center for Scholars in Washington, DC. He can be reached at michael.kugelman@wilsoncenter.org or on Twitter @michaelkugelman.

Write to Michael Kugelman at michael.kugelman@wilsoncenter.org. 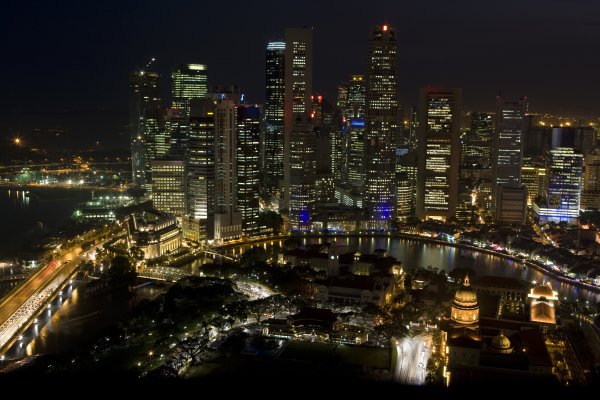 Modern-Day Singapore Pays a Price for Globalization
Next Up: Editor's Pick