Tiananmen at 25: Amid a Crackdown on Dissent, Young Chinese Take Action

Chinese Paramilitary security force officers stand under a portrait of the late Mao Zedong outside the Forbidden City at Tiananmen Square on June 2, 2014 in Beijing, China.
Kevin Frayer—Getty Images
By Hannah Beech

To stroll Tiananmen Square is to feel very small. One of the world’s largest public spaces, Tiananmen’s scale conveys a forceful point: humans are insignificant in the face of authority, whether that of long-ago emperors or their modern-day Communist successors.

In the run-up to the 25th anniversary of the Tiananmen protests — which ended on June 4, 1989, with the massacre of hundreds, possibly thousands, of students and other idealists calling for democracy and accountability from their rulers — this sense of architectural command has only heightened. Normally, the square is filled with domestic tourists gawping at the massive cement expanse just to the south of the Forbidden City. But security has been so tight in recent days that visitors have occasionally been kept off Tiananmen. Dozens of security vehicles have been posted around the square, guarding its perimeter. The entire space feels like it’s under lockdown — the soul of a nation temporarily in detention.

The security crackdown has extended far beyond the physical confines of the square itself. Tiananmen symbolizes not just the center of Chinese power but also an aborted protest movement that bred in the ruling Communist Party an antipathy toward dissent. In the weeks leading up to the 25th anniversary of the June 4 (and night of June 3) bloodshed, scores of activists, lawyers, scholars, writers and relatives of those killed in 1989 have been locked up or interrogated. China’s online space has been further circumscribed, with Internet speeds slowing to a crawl. Good luck getting such evasive phrases as “May 35” past state censors.

Such a clampdown isn’t new; it happens every year around June 4. But 25 is a major anniversary and the harassment of Chinese activists and foreign media feels more extensive than that of recent years. Indeed, China’s leader Xi Jinping, who took the reins in late 2012, is presiding over an overall crackdown on dissent that has even some moderates spooked.

For many Chinese, the reason for the slow Internet and the rerouted traffic around Tiananmen is a mystery. Young Chinese, in particular, know nothing of the events 25 years ago; the pro-democracy demonstrations and the bloody endgame have been erased from the nation’s collective memory. Yet even if they are ignorant of the political idealism of their predecessors a quarter century ago, these are still the children of Tiananmen, as TIME’s commemorative story chronicles: 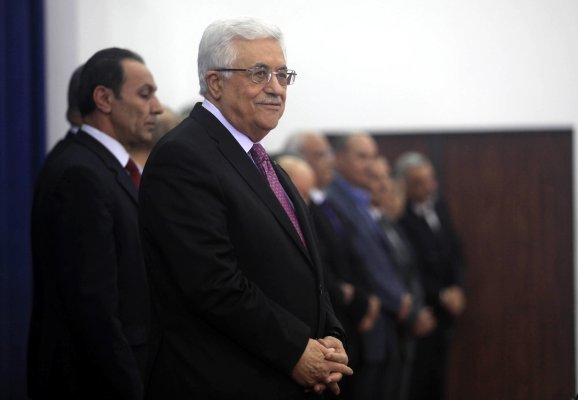 U.S. Says It Will Support New Palestinian Government
Next Up: Editor's Pick