New Carbon Rules the Next Step in Obama's War on Coal

For five years, the coal industry and its fossil-fueled allies in the Republican Party have accused the Obama Administration of waging a war on coal. They claim the administration’s new plan to limit carbon emissions at existing power plants is really about carbon emissions at existing coal plants. They see the carbon rules that the president announced Monday, like his previous rules limiting mercury, smog, and coal ash, as a thinly disguised effort to make coal power uneconomical.

Obamaworld likes to portray its efforts to clean up power plants as a war on pollution in general, not a war on coal in particular, but it just so happens that coal spews most of the pollution from power plants. It’s America’s leading contributor to global warming, producing three-fourths of our carbon emissions from electricity, even though it generates just over one third of our electricity. It’s also the dominant source of mercury and other toxics that foul our air and damage our health. It’s filthy stuff. When Obama said Saturday that his carbon rules will prevent 100,000 asthma attacks in Year One, he wasn’t describing the health benefits of emitting less carbon dioxide; he was describing the health benefits of burning less coal.

So let’s face it: When Obama talks up his “all-of-the-above” energy strategy, he really means all-of-the-above-except-the-black-rocks-below. In the 21st century, any national leader that takes environmental protection and the fate of the planet seriously will need to launch a war on coal, and Obama takes it very seriously. He hasn’t advertised his war on coal—it would be questionable politics in swing states like Ohio or Virginia, and even his home state of Illinois—but he’s fought it with vigor.

And even before the new carbon crackdown—not to mention stricter ozone standards that are still in the works—he’s been winning. In the Obama era, utilities have already retired or announced the retirement of nearly one third of the nation’s coal plants, eliminating about one fifth of the nation’s coal generation capacity. The surviving coal plants have faced steadily increasing environmental compliance costs, and cheap natural gas has stolen a big chunk of their market share. Gas prices have crept up a bit in the last year, which has slowed the decline in coal generation, but with U.S. electricity use now virtually flat, nobody expects a coal renaissance.

In fact, after a huge boost from the Obama stimulus bill, wind and solar plants are getting cheap, too, and they’re increasingly viable replacements for coal, providing 95 percent of the new capacity added in the first quarter of 2014. An Oklahoma utility that is shutting down three coal plants recently requested bids for 200 megawatts of wind power; the bids came in so low that the utility purchased 600 megawatts. In Kentucky, coal-friendly legislators have introduced a bill to end a requirement that utilities purchase the lowest-cost power; rock-bottom prices used to be coal’s trump card, but no more.

The EPA’s effort to reduce carbon emissions by 30 percent will take the war on coal to the next level, and will probably inspire a new round of retirements. The industry has significantly reduced its emissions of sulfur oxides, nitrogen oxides, and other toxic pollutants by installing scrubbers and other mitigation equipment. But scrubbers can’t scrub carbon. The Obama stimulus did help finance several efforts to capture and store carbon from coal plants, a rare deviation from the administration’s regulatory war on coal, but so far those “clean coal” projects have been uneconomical despite the extremely generous federal subsidies.

“Coal is dead,” says Jon Wellinghoff, who served as chairman of the Federal Energy Regulatory Commission from 2009 until 2013. “Nobody wants a new plant, and the old ones are going to shut down one by one. I just don’t see a future for coal in the U.S.”

But if coal is no longer the cheapest source of electricity, it is still the largest source, and existing coal plants still have one big advantage over planned wind and solar farms: They’re already built. It’s hard to say that coal is dead when it still has 275,000 megawatts of capacity that isn’t scheduled to retire. The industry warns that the war on coal will ratchet up utility bills in coal-dependent regions, while threatening the reliability of the grid. Coal provides 24-hour “baseload” power whether or not the sun is shining or the wind is blowing; the U.S. electricity supply barely kept up with demand during the extreme freeze created by last winter’s “polar vortex,” and a new wave of coal shutdowns could further limit supply.

“Last winter, the grid was pushed to the edge,” says one industry official. “With these new regulations, it could get pushed over the cliff.”

The National Mining Association, the U.S. Chamber of Commerce, and other coal-friendly groups are already raising alarms about gigantic rate increases. But they’ve always raised alarms about gigantic rate increases whenever they’ve faced new regulations; that industry official admitted “there’s been some crying of wolf in the past.” Dirty coal-fired electricity will get somewhat more expensive, which is appropriate, since its price ought to reflect the hidden costs of its dirtiness. But even the nightmare scenario posed by a new Chamber study—an 0.2 percent hit to annual economic output—seemed relatively modest compared to the apocalyptic rhetoric that accompanied it. And the EPA noted in a response on its website that three fourths of the Chamber study’s “alleged cost estimates” came from carbon-capture requirements for gas plants, which will not be included in the new rules.

Those rules, after all, will be aimed at coal plants, even though Obama is likely to obfuscate about that politically inconvenient truth tomorrow. In the 2012 campaign, he actually ran ads reminding Ohio voters of Mitt Romney’s long-ago crusade against a massive coal plant in Salem, Massachusetts. “That plant kills people,” Romney had said, accurately, at a 2003 news conference.

Not anymore, though. On Sunday, as Obama prepared for one of the biggest moments of his presidency, the Salem Harbor Station shut down after more than sixty years in operation, the latest casualty of a just but undeclared war on coal. 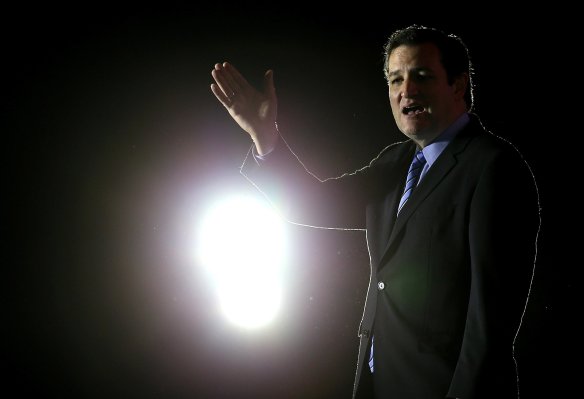