Senate Minority Leader Mitch McConnell said Monday he didn’t mind a bit becoming the brunt of Internet jokes through the meme known as McConnelling. In fact, he found it amusing.

McConnell was asked about his newfound Internet infamy during a re-election campaign appearance with New Hampshire Republican Senator Kelly Ayotte, agreeing that it was necessary to have a sense of humor about politics. “You’ve got to be able to do that in this business,” he said. “It’s nice to have some fun occasionally.”

The phenomenon started last week after his campaign on Wednesday posted a two-and-a-half minute video of McConnell campaigning set simply to music. The footage was most likely placed there for outside PACs supportive of McConnell to use, a practice circumventing campaign finance rules barring coordination used by both Republicans and Democrats.

But McConnell’s grinning b-roll attracted the attention of The Daily Show host John Stewart, who on Thursday encouraged his viewers to have fun playing with the video, a practice he termed “McConnelling”. Stewart provided a few examples, putting the footage of McConnell to Salt-n-Pepa’s “Whatta Man,” Simon & Garfunkel’s “The Sounds of Silence” and Sir Mix-A-Lot’s “Baby Got Back.”

The meme went viral, wracking up hundreds of thousands of views on YouTube of various different takes: the McConnell video with mocking or subversive subtitles or footage from the video spliced into movies and television shows. The campaign even made a few of their own, placing the Kentucky Republican into Top Gun, The Cosby Show and Air Wolf.

At the event Monday on defense issues and national security, Ayotte said the internet jokes were all in good humor. “I’ve been following the McConnelling, too, and it is wonderful to go online and to see so many smiling faces for Mitch and really seeing him in all these positions,” Ayotte told reporters in Louisville. “But it shows you also that it’s great to have a sense of humor on a campaign.”

And there are no hard feelings, said McConnell. “It’s not as rugged as anything these veterans have experienced in either Afghanistan or Iraq,” he said. 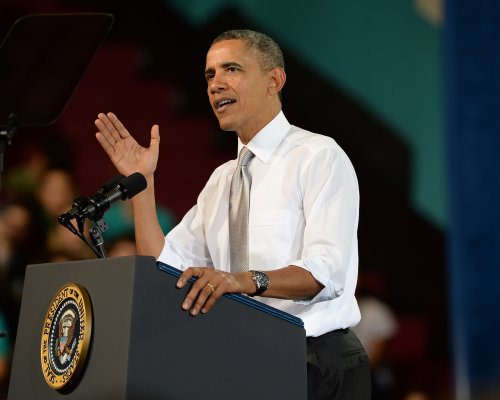 5 Million People Sign Up for Obamacare
Next Up: Editor's Pick