Though he doesn’t look the part of an international pop star and sex symbol, it isn’t hard to understand shaggy British troubadour Ed Sheeran’s easy appeal. His chosen genre, the one that anchors all of his slight digressions into other realms of popular music, is broadly popular, easily digestible, and resilient: when the world ends, it’ll be left to cockroaches and male singer-songwriters on acoustic guitars. But like many of the young people that buy his singles and albums, he’s a polyglot, raised on folk, R&B, hip-hop and rock in equal measure and comfortable incorporating each of those genres into his compositions.

Sheeran rose to prominence thanks in part to his rap skills — he occasionally breaks out a verse, when not employing his smooth, woolly tenor — and even when he’s sticking to a more traditional pop vocal mode, rap’s influence on his delivery is clear: he crams syllables into lines where they barely fit thanks to his dexterity, and plays with rhythm and pace like it’s second nature. That versatility, and a bit of Sheeran’s everyman charm, helped to make his 2011 debut full-length +, and singles like “The A Team” and “Lego House,” a slow-burning hit on both sides of the Atlantic. His follow-up, the simply titled x (that’s pronounced “multiply,” by the way), out June 23 on Atlantic Records, finds him taking even more concerted steps into genres other than acoustic pop-rock, and working with a host of distinctive producers who help to bend and shape his sound.

The album’s most prominent collaborator is reigning chart king Pharrell Williams, fresh off a relatively successful solo album of his own and still riding a hot streak that began last year with Daft Punk’s “Get Lucky” and Robin Thicke’s “Blurred Lines.” Pharrell co-produced x’s lead single, “Sing,” and one other track on the album (“Runaway”), both of which are obvious descendants of the lusty pop-R&B that launched Justin Timberlake to solo stardom over a decade ago; “Sing,” in particular, is hard to imagine without recalling Timberlake’s “Like I Love You,” itself co-produced by Pharrell as part of the Neptunes. Sheeran does his best with these tracks, and his voice shines as it twists around his own guitar and Pharrell’s beats, but ultimately his sale of the lyrical material at hand falls short. Newly free from the relative tyranny of NSYNC, the young Timberlake couldn’t help but drip sex. Comparatively speaking, Sheeran is tame. The same problem plagues songs like the Rick Rubin and Benny Blanco-produced “Don’t,” a vicious takedown of a cheating lover, and the wine-addled “Bloodstream”: these songs have an edge that Sheeran lacks, and the material falters for it.

Sheeran rounds into form when he uses his softness to his advantage, cocooning himself in layers of warm harmony and setting that slippery, surprisingly agile lyricism against slowly building arrangements. “Photograph,” one of several songs on x written with Snow Patrol member Johnny McDaid, rises from a tender, emotive piano melody and becomes a slowly stomping, lighter-ready stadium ballad; Sheeran helps bring it to life with smart use of detail and powerful imagery, two moves familiar from the work of his friend and tour-mate Taylor Swift. (When he closes the song by mentioning a stolen kiss “under the lamppost, back on 6th Street,” you can almost hear the hearts young and old, beating and melting in a darkened arena.) “I’m a Mess” is another highlight, with Sheeran reaching deep and shredding his voice while soaring over luminous guitar chords. It’s a simple song, mostly reliant on Sheeran’s vocal skills and charisma to get over, but it works: when isolated and not made to press against ostensibly mature lyrical material, he displays a deft touch.

But the album’s greatest moment by a country mile is relegated to its penultimate slot. “Thinking Out Loud” shares a lyrical spirit with One Direction’s “Little Things,” which Sheeran wrote for the boy band’s 2012 record Take Me Home, but with what sounds like a few years’ worth of experience added: it’s an ode to the tiny things that drive love, a celebration of its magic, a fantasy of having grown old with a partner. Musically speaking, it’s pure blue-eyed soul, warm and woodsy in the vein of Van Morrison, unabashedly romantic and built around a vein of richly toned guitar. Sheeran is the core, the starry-eyed dreamer. He sings to within an inch of his life. When the lust, anger, drugs, and drink fade, you hope this kind of love remains. When Sheeran focuses on the latter, his success comes into focus, and it begins to seem wholly justified. 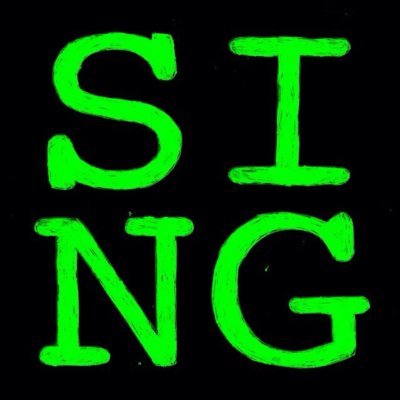 Ed Sheeran Teams Up With Pharrell for New Single "Sing": Listen
Next Up: Editor's Pick