How to Be a Good Kisser – 10 Tips From Scientific Research

What Does Science Say About How To Be A Good Kisser?

Regular readers might be saying “What the hell is this, Cosmo Magazine?”

In all fairness, how to be a good kisser is something no one really gets instruction in.

Yet, it can be a huge part of one’s personal life and the sources we do get info from are, well, far from scientific.

Have No Illusions: Kissing Is Important

Overall, the researchers showed that the amount a couple kissed was proportional to their stated level of relationship satisfaction.

59% of men and 66% of women have ended a relationship because someone was a bad kisser.

The first kiss is a necessary risk in every budding sexual relationship; a recent psychology study found that 59 percent of men and 66 percent of women reported breaking things off with a prospective partner because of it.

People remember their first kiss more vividly than the first time they had sex.

Psychologist John Bohannon from Butler University has found that most of us can recall up to 90 percent of the details of a first romantic kiss. In his study of five hundred people, most remembered this experience more vividly than their first sexual encounter.

Movies like “Pretty Woman” have said that prostitutes don’t kiss on the mouth because it’s too intimate.

Refraining from mouth-to-mouth kissing has been common among women of the “oldest profession” for a very long time. Social scientists Joanna Brewis and Stephen Linstead report that prostitutes often won’t kiss because it requires a “genuine desire and love for the other person.” By avoiding the lips of a client, they are best able to keep emotions out of their work.

Men who kiss their wives before work live 5 years longer, make 20-30% more money and are far less likely to get in a car accident.

A ten-year psychology study undertaken in Germany during the 1980s found that men who kissed their wives before leaving for work lived, on average, five years longer, earning 20 to 30 percent more than peers who left without a peck good-bye. The researchers also reported that not kissing one’s wife before leaving in the morning increased the possibility of a car accident by 50 percent. Psychologists do not believe it’s the kiss itself that accounts for the difference but rather that kissers were likely to begin the day with a positive attitude, leading to a healthier lifestyle.

Why Do We Kiss?

Kissing is how we test if someone would (biologically) be a good mate.

A good deal of the scientific literature speculates that kissing may have evolved to help us choose a suitable partner, or to realize when a match is a bad idea…The exchange of olfactory, tactile, and postural information might trigger unconscious mechanisms that guide us in deciding whether we should continue, and a kiss might even tell us about a potential partner’s level of commitment and genetic compatibility.

Research highlighted in The Science of Kissing: What Our Lips Are Telling Us shows a big gender divide in how kissing is perceived.

Women were far more likely to see kissing as a good way to assess a potential mate or to initiate, maintain, and monitor a long-term relationship. They also rated the breath and taste of a man’s kiss as highly significant in determining whether to keep on kissing him in the moment or the future. Women were far more interested in healthy-looking teeth, and reported valuing the experience of kissing much more than men did— before, during, and after a sexual encounter. Men, on the other hand, were much less picky about kissing and far more interested in facial and bodily attractiveness.

How Do You Find Out If Someone Wants To Kiss You?

This dilemma probably produces more nervousness and awkwardness than anything else related to kissing.

All the sources I checked agreed:

It’s a matter of breaking into your partner’s personal space in a plausibly deniable way and gauging their reaction.

It’s important to note that whether or not your intentions are romantic, to kiss another person on the cheek or elsewhere— or to sniff him or her—it’s necessary to move into that individual’s “personal space.” To get this close, there must be some level of trust or expectation.Thus delivering a friendly kiss or sniff, or receiving one, amounts to an unspoken gesture of acceptance.

It’s an intimate enough gesture that a flinch can tell you she’s not interested – while a more pleasant response could be a green light. Either way it provides the information necessary without making things too awkward for either party.

For The Art of Kissing William Cane asked men what their biggest complaints and desires were regarding kissing.

Ladies, want to make guys think you’re a great kisser? Here are my takeaways from the research:

You could probably sum them all up by saying: Stop holding back.

Here are my takeaways from the findings in The Art of Kissing:

Also, aligning with the research on hygiene, take care of your teeth, use mouthwash and carry mints.

No matter how attractive someone may be, poor hygiene can kill the moment before it even begins. This is particularly true for men. As preceding chapters have described, women depend heavily on taste and smell and pay close attention to teeth when evaluating a partner.

A few other tidbits from an interview with William Cane, author of The Art of Kissing:

And It’s Not All About Technique

As Sun Tzu said, “all wars are won or lost before they are ever fought.” By and large, the same is true about kissing.

You can be a great kisser but behave in a way that makes sure no one ever wants to kiss you. Circumstances can hamper things as well.

The Science of Kissing: What Our Lips Are Telling Us addresses a number of these factors. I’ll paraphrase and add to them here:

What are the four things that kill relationships?

Does one orgasm equal two cheeseburgers?

The 11 things that make someone fall in love with you 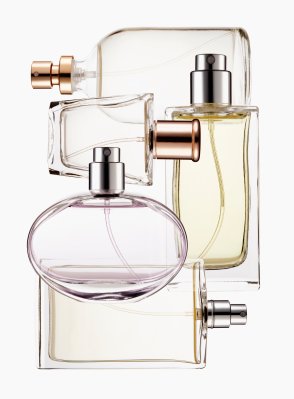 An Unscientific Argument For Wearing Perfume
Next Up: Editor's Pick