Angelina Jolie as Maleficent, left, in a scene with her daughter Vivienne Jolie-Pitt, portraying Young Aurora, in a scene from "Maleficent."
Frank Connor / Disney / AP Photo
By Lily Rothman

Linda Woolverton knows her Disney princesses. After all, the veteran screenwriter worked on Beauty and the Beast, The Lion King, Mulan, the 2010 Alice in Wonderland and the Sleeping Beauty reimagination Maleficent, which arrives in theaters today.

So she speaks from experience when she says that Maleficent, which stars Angelina Jolie as the titular villain, couldn’t have existed until this point in time — because the world wasn’t necessarily ready for such a strong, complicated female protagonist.

When Woolverton worked on Beauty, she says, it was shortly after the arrival of The Little Mermaid; the Disney princess was well aligned with Ariel’s interests, like combing her hair and giving up her voice for a boy she barely knows. It wasn’t that there was explicit pressure to make Beauty‘s Belle behave like that, but that, Woolverton recalls, those attitudes just went without saying. “It was very difficult to change the point of view of the Disney princess,” she tells TIME. “It was just that the point of view of a Disney heroine is this; it isn’t somebody who does this. That was hard.”

So Belle’s book-smarts and bravery weren’t an accident. “After the women’s movement had been around, I really didn’t feel that we would accept yet another heroine who was insipid,” she says. “That was really how I conjured Belle up. She could still be the Disney princess but there she was thinking and saving her father, not having people save her, and changing the world from within. I was highly conscious of what we were trying to do.”

Woolverton says that she sees all of her characters — Belle, The Lion King‘s Nala, Mulan, Alice — as part of a gradual progression, one that extends into the world beyond her own work, the world of movies like Frozen and The Hunger Games, which have driven recent public conversation about what young girls should be able to expect from their cinematic role models. “Katniss Everdeen couldn’t have come on the scene 20 years ago when Belle came on the scene,” Woolverton says. “It’s an incremental process.”

The goal is to have heroines who are complex and action-driven, who can operate within the framework of classic tales without betraying modern consciousness that women have just as rich an experience of the world as men do. And part of that complexity is that sometimes the character can do bad things or act out of anger, and have to face the consequences of those choices. That’s where Maleficent comes in, as the result of a process that its writer started decades ago.

“Maleficent is, for me, another step forward,” Woolverton says. “I feel like it’s succeeding and I feel proud of that.” 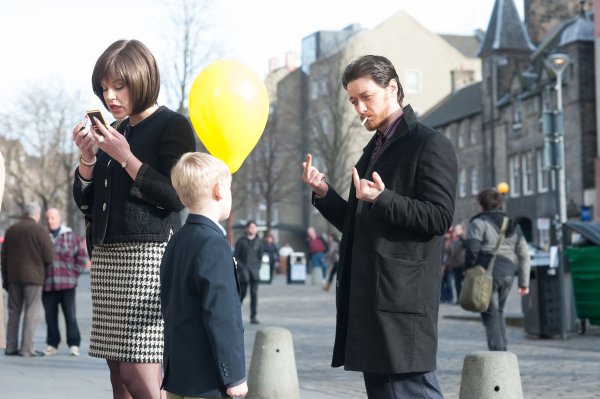 REVIEW: Can Filth Live Down to Its Title?
Next Up: Editor's Pick