Dan Cathy, the president and CEO of Chick-fil-A, told the Atlanta Journal-Constitution that he regrets that the Georgia-based company ever became a synonymous with anti-gay attitudes after he spoke out against Supreme Court’s rulings that recognized same-sex marriage.

In the interview, Cathy said, “Every leader goes through different phases of maturity, growth and development and it helps by [recognizing] the mistakes that you make.” He added, “And you learn from those mistakes. If not, you’re just a fool. I’m thankful that I lived through it and I learned a lot from it.”

In 2012, Cathy, whose family-run company is closed on Sundays to align with Christian values, expressed his opposition to same-sex marriage publicly. His statements stirred trouble within communities where supporters of same-sex marriage staged protests and supporters of Cathy’s ideals packed restaurants. The company is still trying to shake itself of the perception that it’s anti-gay; according to the Journal-Constitution, a college in California opposed the company’s expansion near its campus because of it.

Cathy recognizes that consumers “want to do business with brands that they can interface with, that they can relate with,” and told the paper that the company does not discriminate against employees or customers based on sexual orientation.

“The bottom line is we have a responsibility here to keep the whole of the organization in mind, and it has to take precedence over the personal expression and opinion on social issues,” Cathy said.

The CEO, who took the helm from his 92-year-old father in November, says the company isn’t ridding itself of its Christian values: he said he has no plans to open Chick-fil-A restaurants on Sundays. 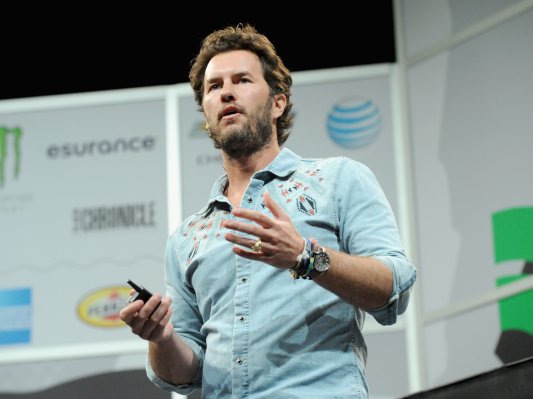 Toms Shoes Wants To Sell You Coffee Now, Too
Next Up: Editor's Pick