Speaker of the House John Boehner takes questions during a news conference on Capitol Hill, in Washington, D.C., on Jan. 16, 2014.
Drew Angerer—Getty Images
By Alex Rogers

As House Republicans prepare to unveil proposals to replace the president’s healthcare law in a bid to become the “party of alternatives,” Republican pollsters say that an anti-Obamacare message is still the most likely to resonate with voters.

“Voters are not happy with Obamacare, but they also believe the current system needs to be improved. So it’s important to have a plan rather than just allow the Democrats to complain that the Republicans are the ‘party of no,’” Glen Bolger, a Republican pollster and cofounder of Public Opinion Strategies, tells TIME. “However, this issue will be three parts about Obamacare and one part about the Republican alternative in this election.”

“The core message is running against Obamacare. That is the most effective message,” says Whit Ayres, a GOP pollster and president of North Star Opinion Research. “It becomes even more effective when we can answer the question: What’s your alternative?”

House Speaker John Boehner and his allies will try to answer that question this year, reports The Washington Post, presenting a set of “principles” to mark the party’s official position on health care reform. Among the alternative policies under consideration include the creation of high-risk insurance pools, medical malpractice reform, and allowing people to buy health care insurance across state lines. The key, says Ayres, is “allowing people to buy the coverage they want and can afford, rather than being forced to buy expensive comprehensive policies.”

While various conservative bills have been presented over the years, only recently have Republicans focused its main energy from “repeal” to “repeal and replace.” A month ago the Senate put forth “the most comprehensive and most serious alternative” to the Affordable Care Act since it was introduced, according to Larry Levitt of the Kaiser Family Foundation, which the House will look to for guidance.

Republicans would have to win elections before seeing their ideas turn into fruition, as the Democrat-controlled Senate and President Obama have guarded the Affordable Care Act from GOP attempts to repeal, defund or fundamentally reform the law. And with 5 million now enrolled in its health care exchanges, the law will be near impossible to replace completely. Even so, Boehner figures positioning the GOP as a “party of alternatives” will convince voters it’s serious about governing.

But it’ll be tempting for Republican candidates in 2014 to focus on blanket opposition to the Affordable Care Act. Nearly 54 percent of the public opposes the Affordable Care Act, according to an aggregation of polls compiled by Real Clear Politics. Its popularity hasn’t risen much since 2010, when Boehner, then House Minority Leader, held a rousing “Hell, No!” call-and-response with his conference against the bill. As Boehner and his lieutenants move toward a potential replacement four years later, Bolger expects that the country will remain intent on the existing legislation.

“Voters are focused on Obamacare so much—it is the law, and has been debated for five years,” he says. “The GOP alternative won’t get anywhere near the attention levels.”

So despite the new calls for change, don’t be surprised to hear the echoes of Hell No. 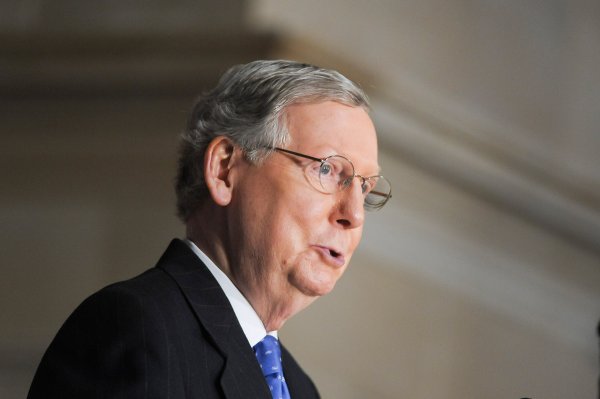