A schoolgirl passes by a banner that reads, "the Jaafari Personal Status Law saves my rights and my dignity," in Baghdad, March 13, 2014.
Karim Kadim—AP
By Alexandra Sifferlin

Human rights advocates are up in arms about a proposed law in Iraq that could allow men to marry girls as young as nine and give husbands license to force their wives to have sex with them anytime.

“It’s a provocative act that’s gotten a lot of attention, and blatantly violates Iraq’s constitution,” Erin Evers, an Iraq researcher based in Baghdad for Human Rights Watch, said in an interview.

The law, called The Jaafari Personal Status Law, still hasn’t been approved by Iraq’s parliament, and likely won’t be until after April’s elections, the Associated Press reports. Based on a school of Islamic law, it was introduced last year and unexpectedly approved last month by the Cabinet of Prime Minister Nouri al-Maliki.

“I certainly haven’t heard anyone defend it except the minister who introduced it,” said Evers. “But I never thought it would get as far as it did.” She calls the bill, which stoked protests in Baghdad on March 8, International Women’s Day, a major step back for women’s rights and the country as a whole.

The legal age for marriage in Iraq is currently 18. The proposed law does not explicitly set a new age limit for marriage, but it defines when girls become women at about age nine. Critics decry this provision as a backdoor to making child-marriage legal.

The bill also states that a man can have sex with his wife regardless of her consent. It says a woman cannot leave the house without her husband’s permission, and that only fathers can accept or refuse a marriage proposal on behalf of their daughter. It also lays out complicated rules for divorce, giving men more flexibility to to divorce their wives than women are afforded, the Associated Press reports.

Iraqi Justice Minister Hassan al-Shimmari’s office defended the proposed legislation, and has introduced a bill to go along with it that would route marital disputes into special religious courts. According to the Associated Press, he said the new law would actually prevent abuse. “By introducing this draft law,” he said, “we want to limit or prevent such practices.” 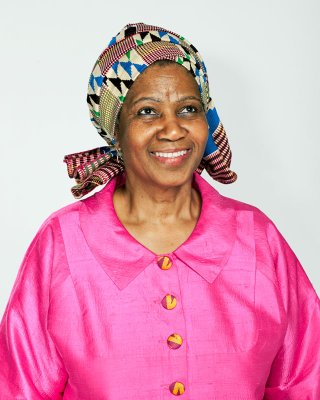 Gender Equality Is Everyone's Cause
Next Up: Editor's Pick