The Most Unprecedented Thing About Janet Yellen

Photograph by Peter Hapak for TIME
By Nancy Gibbs

When my colleague Rana Foroohar returned from her interview with new Fed Chair Janet Yellen, I couldn’t decide what to ask her about first. How fast does Yellen think the economy will grow this year? Can anyone really write rules to keep the global financial system from melting again? And how does family life work between a Nobel Prize winning economist and the most powerful economic policymaker on earth?

It was this last, of course, that was especially intriguing, because it is the most unprecedented. Yellen is a brilliant mathematician and has been uncannily accurate in her economic forecasts, including predicting the sub-prime crisis well before 2008. But there are other smart economists and shrewd forecasters; it’s hard to find a comparable example of a power couple. Yellen is married to Nobel laureate George Akerlof, who teaches economics at U.C. Berkeley; their son Robert, 32, is an economics professor at the University of Warwick in the UK. In her interview with Rana, Yellen described her husband as “a completely full partner” over the course of their marriage, down to the diapers and dishes. “I think if you counted up how many hours each one of us logged in, he certainly gets more than 50 %,” she said. They even wrote a famous paper together at Berkeley about labor markets, and why lower wages don’t always lead to higher employment, which reflected their experience hiring a babysitter for their son: sometimes an employer is willing to pay more for a job they value highly‑- in their case, childcare—even if market forces undercut those wages.

(MORE: Everything You Need to Know About Mr. Janet Yellen)

Hearing Rana talk and then reading her profile of Yellen added a new juice to the conversations we’ve been having forever. Anne Marie Slaughter’s “Why Women Still Can’t Have It All,” is the most read article in the Atlantic’s 157 year history. Sheryl Sandberg in Lean In tells women that their choice of spouse is a key career decision, and advises them to be sure to find a husband who is prepared to be a willing partner at home. Plenty of women have responded that that assignment may be easier said than done. In December the New York Times profile of stay at home dads backstopping highflying professional wives lit up the web like a Christmas tree. Yellen offers a fascinating counterpoint: neither her success nor her husband’s came at the expense of the other. “Academia is very flexible,” she notes, and indeed their lives and careers played out across continents from San Francisco to Washington to London, where both taught at the London School of Economics. What she cannot say is that immense talent and a Nobel Prize confer flexibility that ordinary mortals can’t count on matching. So does that suggest that a man or woman can have it all, epic career, lasting marriage and children, so long as they are the best on the planet at what they do?

Most professional women I know—myself included—long since gave up looking for a rulebook or a roadmap; we make it up as we go along. Every day presents a new choice, a new challenge, which makes longterm career planning seem like an especially abstract exercise. Sometimes we rationalize what can feel like an absence of ambition by celebrating the possibility of surprise: who knows where this road will lead, but it may well be a better place than I ever could have plotted. With each new trail blazed, each new glass ceiling shattered—and Yellen has shattered a particularly significant one—how many young women wake up with a new sense of the possible? How far are we from the day when we stop noticing these milestones, because the road we’re travelling is wide and well lit, and plenty of women, both ordinary and extraordinary, have already shown the way.

We’ll be publishing a selection of responses to our Janet Yellen cover story on Time.com. Join the conversation by sending your thoughts to letters@time.com.

Click here to join TIME for as little as $2.99 to read Rana Foroohar’s exclusive interview with Janet Yellen. 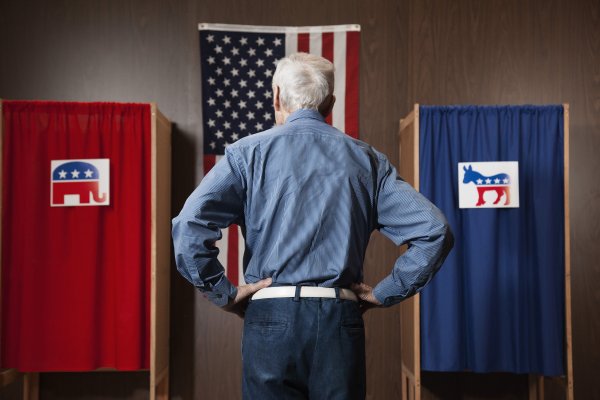 Can TIME Predict Your Politics?
Next Up: Editor's Pick