Silicon Valley’s tech leaders are about to face some stiff competition from across the Pacific. A number of Chinese Internet companies, many with businesses similar to American firms like Amazon, Facebook and Twitter, are preparing initial public offerings in the U.S. markets later this year. The cohort is being led by Alibaba, the Hangzhou-based e-commerce giant that announced Sunday that it would list on one of the U.S. stock exchanges.

American investors, already ravenous for tech stocks, see huge growth opportunity in China’s online market. The Internet population there is expected to balloon from 618 million people to 800 million by next year, according to government estimates, and e-commerce spending is estimated to reach $670 billion by 2018. “U.S. investors are a lot about growth and margin potential,” says Brewer Stone, managing director of international banking at Pacific Crest Securities. “China has been delivering that over the years and is delivering it increasingly now.”

The Chinese companies, meanwhile, want to escape the tight controls the Chinese government places on its stock exchanges. On the mainland, a 14-month moratorium on IPOs has led to a backlog of nearly 800 companies requesting to go public. Though the ban was recently lifted, Chinese firms still face limits on daily gains and losses on their stock price that don’t exist in the U.S. Alibaba chose the U.S. over Hong Kong primarily because Hong Kong regulations would have lessened the company’s ability to select its own board of directors.

China and Wall Street have a troubled history, though. In 2011 several Chinese firms were delisted from U.S. exchanges because of accounting irregularities. Because Chinese law prohibits companies from fully opening their financial books to foreign parties, it was difficult for the U.S. Securities and Exchange Commission to investigate these incidents for potential fraud. Now the SEC is considering banning four large accounting firms from auditing Chinese companies that list in the U.S for failing to comply with government investigations. Such a move would affect hundreds of Chinese firms that use these auditors and could potentially cool excitement from both investors and Chinese CEOs about listing on U.S. exchanges. Other Chinese laws, such as the government’s strict censorship policies, could also stifle Internet companies.

For now, at least, investors are viewing these uncertainties as risks worth taking. Of the eight Chinese companies that went public in the U.S in 2013, five doubled their IPO price by the end of the year, according to IPO investment advisor Renaissance Capital. Reuters estimates that as many as 30 Chinese firms may go public in the U.S. this year. Here’s a look at some of the largest players that are now in the U.S. IPO pipeline:

Like American tech giants such as Amazon and Google, Alibaba’s business is heavily diversified. The company’s most successful endeavor is Taobao, a marketplace where small-time merchants are able to list their products for free but must pay Alibaba for prominent placement in users’ search results. The company also runs a more traditional retail site where sellers include Nike and Apple, an online payments system similar to PayPal and a cloud-computing service like Amazon. Because Yahoo owns 24 percent of Alibaba, the firm is of particular interest to U.S. investors. Alibaba is expected to be valued at more than $140 billion and could raise more than $15 billion in its IPO. That would make it the biggest Internet IPO in the U.S. since Facebook raised $16 billion in 2012.

The online retailer isn’t a behemoth the size of Alibaba, but it could earn a $20 billion valuation when it goes public later this year. JD.com got a vote of confidence earlier this month from Chinese tech giant Tencent Holdings, which purchased a 15 percent stake in the company in order to merge the two firms’ e-commerce businesses. The boost could help JD.com diversify its operations—more than 80 percent of the company’s $7.8 billion in online sales came from electronics in the first three quarters of 2013.

Weibo is a microblogging service similar to Twitter owned by the digital media company Sina Corp. The service boasts nearly 130 million monthly active users and generated $188 million in revenue in 2013, mostly from advertising (Twitter’s metrics were $665 million and 241 million in the same time period). However, the company is not profitable and its usability is at the mercy of the Chinese government, which has in the past forced Weibo to shut down certain features in order to censor users. In general, social media posts that might incite political activism are banned in China, and companies must comb their networks themselves to ensure such content isn’t spread. Weibo admitted in its own IPO filing that these policies could discourage people from posting and reduce traffic. Such concerns may explain why the company is seeking a relatively modest $500 million for its U.S. IPO.

Cosmetics is now a $24 billion industry in China, thanks to the country’s quickly growing middle class. Jumei.com, which runs flash sales similar to Gilt.com, is looking to capitalize on the trend. The company will reportedly seek to raise as much as $600 million in its U.S. public offering later this year that would value the firm around $3 billion. It’s currently one of the 20 most-visited e-commerce sites in China and its CEO said last year that the company was on track to generate $1 billion in revenue in 2013.

While Candy Crush Saga creator King Digital Entertainment is prepping an IPO that could value the company at more than $7.5 billion, a mobile gaming competitor from China may soon join it on an American stock exchange. Chukong Technlogies has a hit title of its own called Fishing Joy, a colorful fish-catching game that touts more than 100 million users and a highly successful sequel. The company generates $12 million in revenue from its titles and is reportedly planning to raise $150 million in a relatively small IPO later this year.

As China’s tech sector grows, so does the need for a well-trained army of engineers. Enter Tarena, an education company that provides IT training for software engineers at 92 centers across 33 Chinese cities. The company touts that its graduates go on to work at Chinese tech giants such as Alibaba and Tencent Holdings. Tarena now teaches more than 45,000 students per year and pulled in nearly $92 million in revenue in 2013. 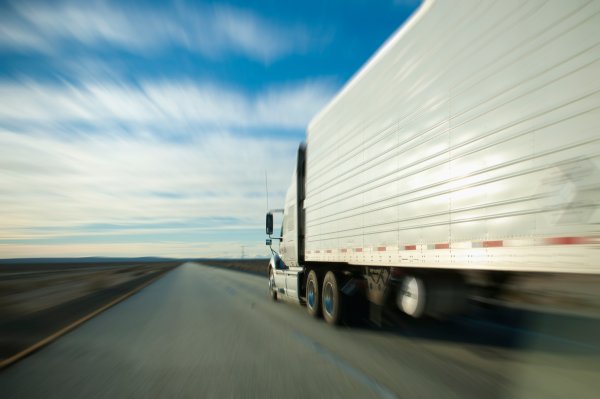 Dudes, Tech Aim to Put an End to DUIs
Next Up: Editor's Pick