Dudes, Tech Aim to Put an End to DUIs

The next time you go bar hopping, you could pass your keys over to an unusual choice of designated driver—some college-age kid you’ve never met before.

Beyond traditional taxis and upstart ride-sharing operations such as Lyft and UberX, a new category of car service is emerging around the country, and the entrepreneurs who have created these businesses are focused almost entirely on eliminating drunk driving.

The South Florida Sun-Sentinel used the arrival of St. Patrick’s Day—one of many holidays where designated drivers are in high demand—as a reason to review growing DD services available to folks in South Florida. The list includes RedCap, which launched in Florida three years ago and has since expanded to San Francisco (with plans for Los Angeles and New York City soon), and Be My DD, an app introduced in Cleveland around St. Patrick’s Day 2010 that now operates in dozens of U.S. metropolitan areas and matches up drivers with customers who have wisely decided to request that someone else drive them home.

Another startup, Shuttle Dudes, launched a year ago in South Florida, describing itself as “a new key remedy to the ongoing issue of drunk driving.” Interestingly, the company argues that bars and restaurants should support the new designated driver business model because customers will drink (and spend) more once they know they’re not going to have to get behind the wheel. “From surveying actual designated driving customers,” the Shuttle Dudes site explains, “it was found that most would drink more once they knew they had a designated driver booked to drive them home.”

In some cases, designated driver businesses are started as exceptionally small operations. Like just one guy. Last summer, the Sioux City Journal ran a profile of Jesse LaFramboise, a local college student who began offering himself as a sober driver in 2012, before he’d even turned 21. Now a three-person operation, Sober Driver staffers patrol the local bar scene in yellow vests and offer to drive people home, in their own cars. Drivers usually place foldable electric bikes or scooters in the customer’s car, to get back downtown after dropping someone off. LaFramboise told Fast Company that he plans on expanding the business to new territory. “Lincoln, Nebraska. Iowa City,” he said. “Maybe in Sioux Falls or Vermilion–a lot of the smaller college towns are good areas.”

How much do these services cost? LaFramboise’s Sober Driver generally charges a base $10 fee, plus $2.50 per mile; if the ride is so far that the driver can’t use a bike or scooter to get back downtown, the rate is upped to $15 and $3.50 per mile. In South Florida, BeMyDD charges $25 per hour for a pickup service, plus a $25 annual membership fee, plus additional mileage charges, while Shuttle Dudes service costs $20 per hour for the first 5 miles, plus $2 for additional miles, and there’s no membership fee.

In some cases, a regular old taxi would be cheaper, but remember these services help get you and your car home.

Yet another sober-driver service, Sobrio, works differently. As the Hartford Courant detailed last fall, Sobrio is a smartphone app created by a pair of University of Connecticut undergrads in 2012. Passengers pay $2 to $3 per head—via credit or debit cards handled by the app, never with cash—and are picked up and dropped off at parties and bars by Sobrio drivers behind the wheel of their own cars. Everyone involved is a student in the area, providing a level of comfort and safety. Sobrio has since expanded to several other college areas, including UMass-Amherst, SUNY-Stony Brook, the University of Rhode Island, Michigan State University, and Ohio State University. 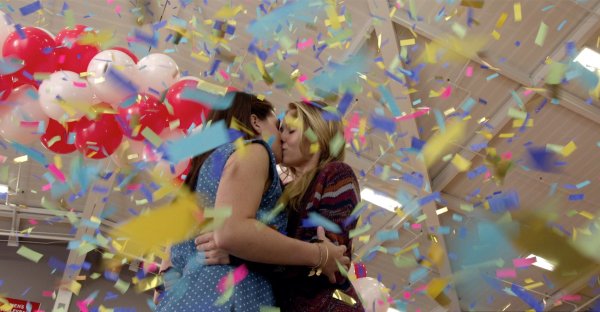 Gay Teens Are More Popular — According to MTV, At Least
Next Up: Editor's Pick