Here's How Tired People Were After Daylight Saving, According to Facebook Data

The Monday morning after the clocks sprung forward for Daylight Saving last week, Americans were feeling sleepy. Rather than take that statement at face value, the data scientists at Facebook decided to find out just how sleepy people were. (In non-scientific terms: They could have used an extra hour of shut eye).

Researchers worked with Facebook Data Science to create graphs out of anonymized, aggregated data that chronicled people’s sleepy scale. The graph below shows that users adding “feeling tired” to their Facebook status was up a total of 25% from the prior Monday and a whopping 86% between the hours of 5am to 12pm. Not shown is that “sleepy” was up 28% and “exhausted” was up 20%. People wanted a nap!

But some states were dealing with their sleep deprivation better than others. The map below shows how different geographic regions reacted to Daylight Saving on Facebook — the darker the blue, the larger the “feeling tired” status increase.

Arizona, which doesn’t practice in the cult of Daylight Saving, didn’t feel sleepier than usual. The darkest blue is in the middle of the country, Florida, and in the North East. According to Facebook, Delaware was the tiredest state of them all. “Feeling tired” statuses increased by 231%.

Luckily by Tuesday, tired statuses were down 6.5% and by Thursday, it was as if nothing happened.

But not everyone was a spoilsport. Facebook says that while some people complained about being tired, positive reactions to Daylight Saving were up, too. There was a 21% increase of using the word “wonderful” and 19% increase of the word “great.” Annoyed was down 14%. 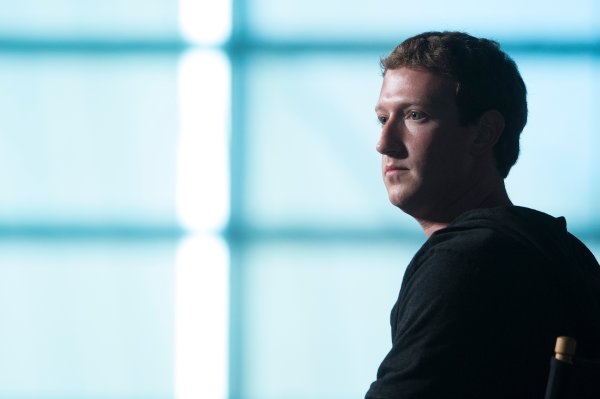 Facebook Takes Aim at Gun Ads
Next Up: Editor's Pick