So What Exactly Is Cosmic Inflation Anyway?

The universe literally shook today. That’s nothing new though, since as we now know it’s been shaking for 13.8 billion years. A single observation by researchers at the Harvard-Smithsonian Center for Astrophysics has just confirmed two of science’s most tantalizing theories: the existence of gravitational waves and the long ago, high-speed inflation of the universe.

So what exactly is cosmic inflation, and why does it matter?

Ninety-nine years ago, Einstein first explained that gravity wasn’t exactly a force, as much as it was a warping of “spacetime” which, as the name suggests, is kind of space plus time multiplied by, well, everything. Picture spacetime as a trampoline: drop a bowling ball on it and the entire mat will warp and jiggle. Those jiggles are gravitational waves.

In the 1980s, other theorists posited the inflationary universe, the idea that in the first .0000000000000000000000000000000000001 seconds after the Big Bang (and before you ask, yes, that’s a real number) the universe briefly expanded faster than the speed of light—which should be impossible but isn’t, provided it’s spacetime itself doing the expanding.

What the Harvard-Smithsonian scientists did was observe a sort of distortion in the microwave energy left over from the Big Bang. That distortion could only have come from gravitational waves, and it could only have been an event as violent as a light-speed-plus expansion that set everything jiggling. Two theories confirmed with one nifty observation.

Why should you care—apart from the fact that it’s all just deeply cool?

The same reason you may have cared about the Higgs Boson: because this stuff is head-crackingly complex, because we live in an era in which there are people around who can actually figure it out—and oh yeah, because it explains how you, the planet, and everything else that’s ever been since the dawn of measurable time came into existence. So, not bad for a day’s work at the lab. 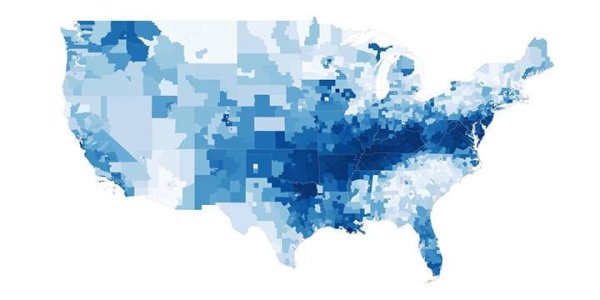 Here's How Tired People Were After Daylight Saving, According to Facebook Data
Next Up: Editor's Pick