If it’s not made like Jack Daniel’s it’s not Tennessee Whiskey.

That’s according to a year-old law on the books in Tennessee, which says whiskey must be fermented in the state from mash of 51 percent corn, aged in brand-new charred oak barrels, filtered through maple charcoal and bottled at over 80 proof in order to earn the title “Tennessee Whiskey,” the Associated Press reports. And that’s exactly how Jack Daniel’s makes its whiskey.

Now lawmakers are considering changing the rule, which they say makes it difficult for craft distilleries to sell their whiskey as “Tennessee Whiskey” and puts them at a significant disadvantage. But Jack Daniel’s opposes the change, saying that any adjustment would dilute the appeal of Tennessee Whiskey.

“It’s really more to weaken a title on a label that we’ve worked very hard for,” Jeff Arnett, a master distiller for Jack Daniel’s, told the AP. “As a state, I don’t think Tennessee should be bashful about being protective of Tennessee whiskey over say bourbon or scotch or any of the other products that we compete with.”

The big change would be to allow whiskey makers to re-use their barrels, which would significantly cut costs since the required brand-new specialty barrels can cost up to $600.

“There are a lot of ways to make high-quality whiskey, even if it’s not necessarily the way Jack Daniel’s does it,” said Republican state Rep. Bill Sanderson. “What gives them the right to call theirs Tennessee whiskey, and not others?” 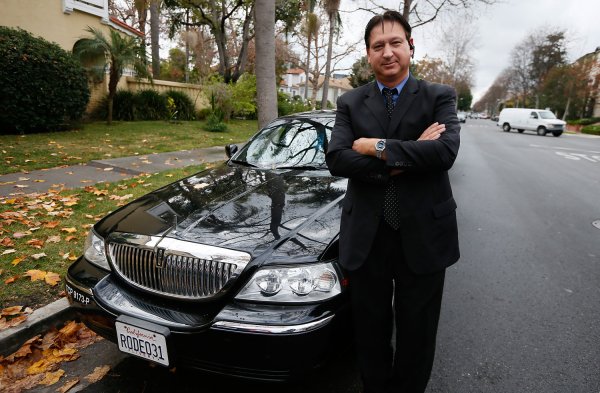 Uber Backs Up Drivers With Expanded Insurance
Next Up: Editor's Pick