A rebel under Ibrahim Jathran holds the Cyrenaica flag while standing on a boat at Es Sider port in Ras Lanuf, where a North Korean-flagged tanker had loaded crude oil, March 11, 2014.
Esam Al-Fetori—Reuters
By David Stout

U.S. Navy Seals have reportedly seized control of a rogue oil tanker that was fueled and controlled for more than a week by Libyan rebels.

Earlier this month, rebel forces in eastern Libya had managed to load the 37,000-ton tanker Morning Glory with crude oil owned by the state-run National Oil Company and elude the country’s naval forces.

Following the weekend’s operation, the U.S. Department of Defense reported that the tanker was headed back to Libya where it would be returned to the authorities.

“Morning Glory will be underway soon to a port in Libya with a team of sailors from the USS Stout (DDG-55) embarked. The sailors will be supervising the transit,” said Kirby.

The tanker crisis is that latest such incident to underscore the fragile hold the country’s interim central government has over the restive country and the myriad militas that have operated freely in the three years since the execution of former strongman Muammar Gaddafi. 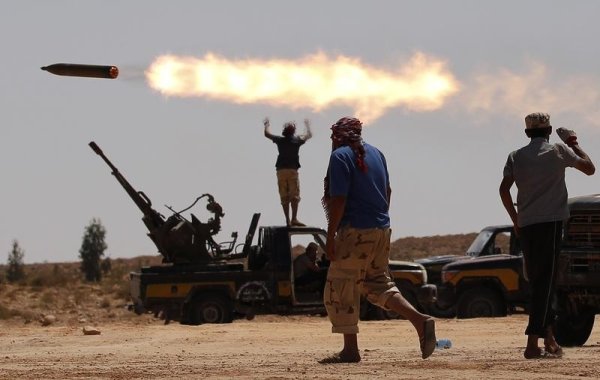