Chocolate Toothpaste and the Rise of WTF Flavors

Consumers have gotten so used to hearing about “New!” and “Exciting!” products that marketers are resorting to extreme, bold, bizarre — and perhaps even unappealing — flavors to pique their curiosity.

Toothpaste is not a particularly exciting product. It’s purchased mainly for the purposes of avoiding bad breath and costly dental treatments down the road. The typical consumer picks a toothpaste because it’s deemed reliable and cost-effective, not because he’s looking for the hygienic equivalent of competing in the X Games.

Apparently, however, the tastemakers in charge of some of the world’s biggest brands aren’t content to simply put the emphasis on the trustworthiness and value of their products. Doing so won’t raise any eyebrows, nor is it likely to juice sales. As a result, it’s become trendy to jolt consumer taste buds and blow our minds by introducing bold, puzzling, and unorthodox flavor mashups, the weirder the better.

Few customers patrolling the aisles of the local drugstore feel like daredevils, but that’s exactly the image being pushed by the toothpaste brand Crest, owned by Procter & Gamble. “Daredevils, have we got a surprise for you,” the company states regarding Mint Chocolate Trek toothpaste, a new flavor being introduced next month under the Crest Be logo. “It’s a whole new world of deliciousness for toothbrushes everywhere. And it’s ready to take your mouth on an exhilarating ride. Better buckle up.” The ad copy for another new Crest flavor, Vanilla Mint Spark, reads, “Toothbrushes, it’s safe to say you’ve found your muse.”

To some, a marketing concept like this, and the idea of dessert-flavored toothpaste in general sniffs of desperation. And while the concept is easy to mock, it’s clear that Crest and Procter & Gamble are hardly the only players that feel it’s necessary to shake things up with bold, bizarre flavors in order to cut through today’s noise and win over the attention—and perhaps dollars—of today’s overwhelmed, multi-tasking, ad-inundated consumers.

In lieu of “next big thing” ideas that seem naturally and genuinely appealing, manufacturers and marketers are coming up with, well, the next best thing: flavors that are so strange and out of left field, the more experimental consumers out there feel like they just have to have a taste.

Last fall, Pringles gave the concept a try with two limited-edition potato chip flavors, Cinnamon & Sugar and Pecan Pie. Earlier this month, Jelly Belly succeeded in drawing the attention of the masses with the introduction of (non-alcoholic) beer-flavored jelly beans.

Likewise, plenty of eyeballs were drawn to the announcement that Adam Fleischman, the entrepreneur behind restaurants such as Umami and 800 Degrees, will soon be opening a “fried-chicken-and-chocolate-hybrid” restaurant in Los Angeles called ChocoChicken. Fleischman has refused to fully explain the concept, but reportedly says the odd mashup has “got the crack factor” that’ll bring in loads of curious diners.

(MORE: Why Spicy Is the Most Profitable New Trend in Food)

If nothing else, oddball flavor concepts like this certainly succeed in virtually getting tongues wagging via the media—a task that is arguably more difficult than ever, but is also probably more essential to success than ever.

“Maybe this is a great idea!” LA Weekly noted of ChocoChicken. “Maybe it’ll start a food revolution! PB&J-dipped fried fish joints! Starburst-lacquered pizzas! And they thought the taco with a Dorito shell was revolutionary.”

While not exactly complimentary, jokey publicity like this is surely better than no publicity at all. 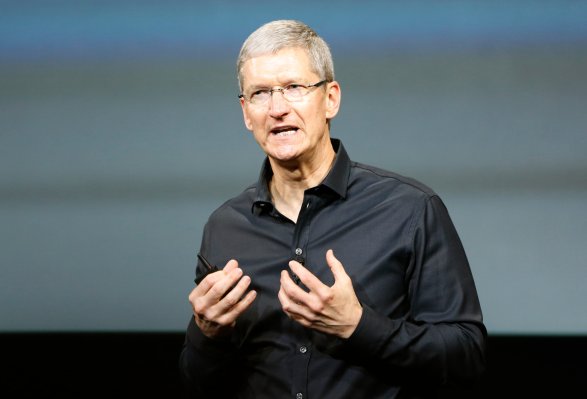 Apple's Next Big Thing Could Be Allowing You to Easily Pay for Stuff
Next Up: Editor's Pick