Dan Pfeiffer, a White House senior advisor, said on NBC’s Meet the Press that Russia was isolating itself from the international community by pushing forward with the referendum in Crimea to split from Ukraine.

On CNN, Sen. John McCain called for a “fundamental reassessment” of the U.S. relationship with Russian President Vladimir Putin.

A Senate committee has already passed a bill that places harsh economic sanctions on Russia and sends financial aid to Ukraine. That bill was pushed by President Barack Obama and the White House. It will have to win approval on the Senate floor and in the House before going in to effect. 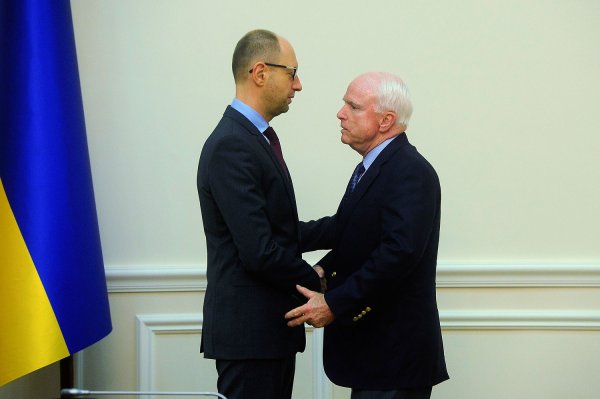 GOP Knocks Obama on Russia
Next Up: Editor's Pick