Ted Cruz Shows Off His Tattoos In L.A.

Ted Cruz made an appearance in Los Angeles looking rougher around the edges than you’d expect of a U.S. senator. Inked up and dangling a cigarette from his lips, the Texas senator could be seen in several locations around the city, shirtless and revealing a magnificent tattoo of an eagle stretched across his sculpted pectoral muscles.

Of course, Cruz is tattooed in poster form only. Some mischief-maker posted his photoshopped (we think!) image around town ahead of a speaking engagement for the senator at Beverly Hills’ Claremont Institute. The event was scheduled for Saturday night.

The senator caught wind of the prank and countered with a tongue-in-cheek tweet. 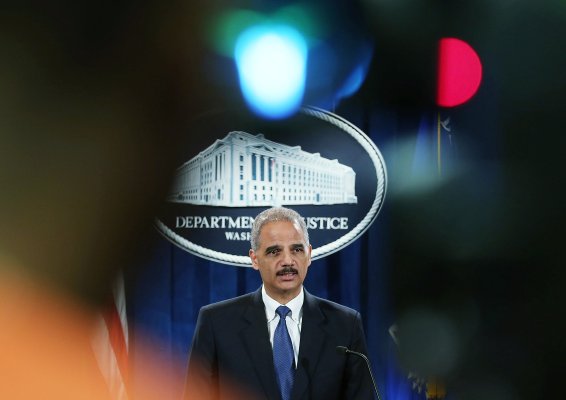 The DOJ's Mortgage Fraud Numbers Are Wrong
Next Up: Editor's Pick