Lolo Jones poses for a portrait during the USOC Media Summit ahead of the Sochi 2014 Winter Olympics on September 29, 2013 in Park City, Utah.
Harry How / Getty Images
By Eliana Dockterman

She may win a gold medal yet. Lolo Jones, who competed in the hurdles at both the London and Beijing summer Olympic Games, was selected to join the U.S. Olympic bobsled team Sunday night, the Associated Press reports.

Jones, Lauryn Williams and Aja Evans were the three women chosen out of a six-women pool for the push athlete slots on the bobsled team. They join drivers Jamie Greubel, Elana Meyers and Jazmine Fenlator in their trip to Sochi. Jones and fellow summer Olympics vet Williams will become the ninth and 10th Americans to compete in both the summer and winter Olympic games.

The track and field athlete was one hurdle away from winning gold at the Beijing Olympics and came in fourth at the London Games. She took up bobsledding in the fall of 2012, and won the World Cup medal that year in her first race. Jones then convinced Williams, who won the 400-meter relay gold medal in the 2012 Olympics, to join her in bobsled for another possible Olympic trip.

Two hours after the team selection was announced, Jones posted her reaction to Facebook: 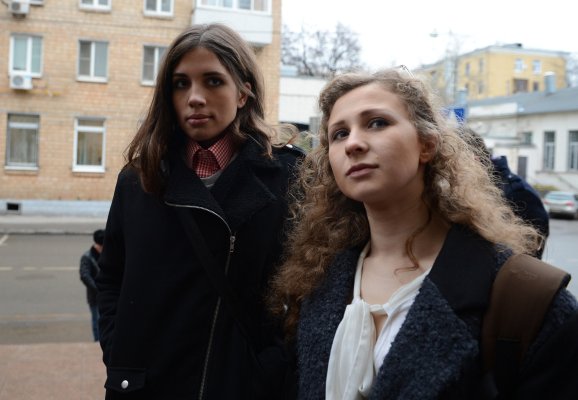 Madonna Will Introduce Pussy Riot at New York Concert
Next Up: Editor's Pick