Growing Your Own Tissue: Just Add Stress and Stir

It took seven days for Haruko Obokata and her team to learn that they might have rewritten the rules of biology. Working with a bunch of blood cells obtained from newborn mouse spleens, the group found that physical stress —in the form of acidic conditions, or the tight squeeze through a pipette—could turn developed cells back to their embryonic state.

In recent years, such embryonic stem cells, which have the capacity to morph into any of the body’s cells, have become a hot area of research. If doctors can find a reliable way of generating them, they could potentially recreate any tissues, or organs, for that matter, that need replacing if they become diseased. Dead heart tissue starved of oxygen after a heart attack could be replaced, and ailing pancreas cells that no longer produce enough insulin might help diabetic patients.

So far, however, there are only two ways to obtain embryonic stem cells—both of which involve introducing new genetic material to cells. In one, a cloning method known as nuclear transfer, DNA from a mature, developed cell, is inserted into an empty egg cell and electrically and chemically coddled until it starts dividing and producing stem cells. In 2006, Japanese researcher Shinya Yamanaka improved on this method by mixing adult mouse cells with certain genetic factors that produced the same result—embryonic-like stem cells that had erased their developmental history and were reprogrammed back to the time when they could become any cell in the body (he repeated the procedure with human cells the following year and earned the Nobel Prize in 2012).

But Obokata and her team eliminated the need for any genetic manipulation at all. In their experiment, reported in the journal Nature, all it took was a bath of acidic, low pH solution to turn back the clock on the mouse blood cells. “It was really surprising to see such a remarkable transformation triggered simply by stimuli from outside the cell,” Obokata said during a press briefing.

Plant cells can do it, as a survival mechanism; during periods of drought, for example, carrot cells can reprogram themselves to generate entirely new plants when conditions improved. But Obokata is the first to demonstrate the process in animals.

To prove that the cells were indeed reprogrammed, and not simply already embryonic, the scientists measured levels of marker proteins that signal pluripotency, or a cell’s ability to turn into a multitude of different cell types. None of the blood cells expressed these markers before they were exposed to the acidic medium. And to show that the reprogrammed cells were indeed able to generate any of the body’s cells, they injected them into early embryos and found that the resulting mice were chimeric, meaning they possessed a mixture of their original and the reprogrammed cells.

“It’s remarkable that something so simple could do this,” says Austin Smith, director of the Wellcome Trust-MRC Stem Cell Institute at the University of Cambridge. “But it seems a bit dangerous.”

Why, for example, did the low pH not prompt the cells to form tumors instead? And why doesn’t this reprogramming occur in the body, when similar conditions are met—such as, for example, in the stomach, which is highly acidic? “I guess our tissues have some inhibitory mechanism to inhibit reprogramming,” Obokata said. “But to prove that we need further studies.”

First among them would be tests of human cells, to see if what occurred in the mice is also possible in humans. That could open the door to considering this process as a way to generate cells that patients might eventually use to treat diseases such as Alzheimer’s, heart conditions and spinal cord injuries. Already, the first trials of using embryonic stem cells, made from the nuclear transfer technique, are underway in the U.S. to treat macular degeneration.

There are limitations to the technology. Obokata says the efficiency of producing them from acidic conditions is relatively low, at 6% to 7%. And it’s not clear that the cells, which Obokata dubbed STAP cells, for stimulus-triggered acquisition of pluripotency, can be produced by every tissue in the body. She and her team tested brain, skin, muscle, fat, bone marrow, lung and liver tissues from mice and all produced STAP cells, although Smith points out that these represent only three different cell types.

She and her group also used cells from week-old mice, meaning they were still relatively young, despite being fully developed into blood cells. Obokata has done preliminary work with some older mouse cells, and said that “the reprogramming efficiency decreases along with age.” But she is hoping to modify and improve on the technology to make STAP cells as efficient to make from older cells as they are from younger ones.

More follow up research on the fate of the cells is also critical, to see if they tend to generate tumors later. But it’s an exciting step that could lay the foundation for a new age in regenerative medicine, when scientists might have their pick of several reprogramming techniques that could help them to match the best method to the right patients to treat their disease. 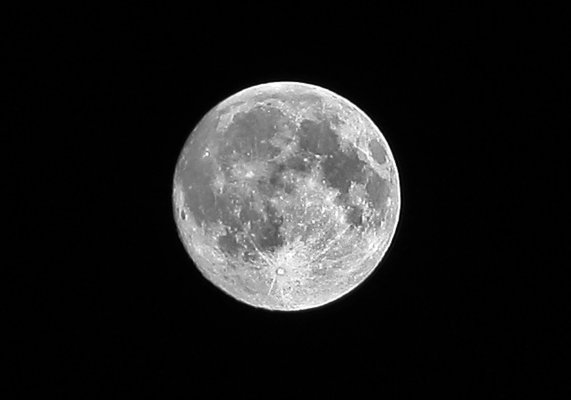 Promising the Moon: The Truth Behind the Werewolf Diet
Next Up: Editor's Pick