Microsoft's SkyDrive Gets a New Name, Maybe Some New Features

Microsoft is renaming its cloud storage service from SkyDrive to OneDrive, after the original name caused trademark problems.

The name change has been in the works since last July, when Microsoft settled a trademark infringement case with British Sky Broadcasting. Microsoft had already lost its case in the U.K. courts, and decided to settle rather than appeal the verdict.

In a blog post on the name change, Microsoft didn’t explicitly mention the legal fight, but acknowledged it by linking to a ComputerWeekly story on the settlement.

“Of course, changing the name of a product as loved as SkyDrive wasn’t easy,” Microsoft wrote. “We believe the new OneDrive name conveys the value we can deliver for you and best represents our vision for the future. We are excited about what is to come, and can’t wait to share more.”

The post, and a preview page on OneDrive.com, suggest that Microsoft will add some new features when the new name goes live. Existing users will still have access to the same storage and features, along with whatever else Microsoft is planning.

SkyDrive has been a centerpiece of Microsoft’s new “devices and services” strategy. In Windows 8.1, users can set SkyDrive as the default storage location, so all their files are automatically backed up online regardless of which app they’re using. Windows Phone users can automatically back up photos and videos to SkyDrive, and subscribers to Office 365 get additional SkyDrive storage as part of the basic plan. Microsoft could use the name change to its advantage by drumming up more attention with a relaunch.

Perhaps the company should have figured out something similar with “Metro.” 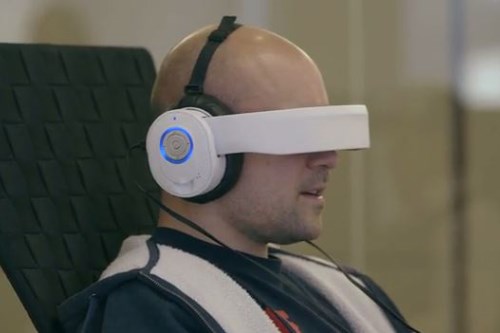 Pebble and Glyph: How Crowdfunding Is Creating Disruptive New Products
Next Up: Editor's Pick