Inside: A Just-the-Facts Approach to News on Your Phone

Inside
By Harry McCracken

This much seems obvious: If you’re reading news on a phone and on the go, you might want it to be in a format that’s squooshed down. But it’s not clear what the best ways is to do the squooshing, and multiple apps are experimenting with different approaches. Circa, for instance, feels a little like an original newsmagazine reimagined for a tiny screen. Yahoo’s News Digest is a very brief, auto-generated newspaper that arrives twice a day.

And now there’s Inside. Available in iPhone, BlackBerry 10 and mobile web versions, with Android and iPad in the works, it’s the product of a startup founded by Jason Calacanis, the entrepreneur best known as the guy who founded Weblogs Inc., publisher of such blogs as Engadget, and then sold it to AOL.

Visually, Inside resembles Circa and News Digest, with bite-sized chunks of news nicely displayed with related images. But it’s got far more news than the other apps — Calacanis says that he’s aiming for a thousand items a day — and rather than being crafted by journalists (like Circa) or generated by machines (like News Digest), they’re summaries written by curators, abstracting stories elsewhere on the web.

“We don’t want to do any original journalism,” Calacanis told me. Instead, his curators are creating 300-character summaries that are intentionally as straightforward as possible, without any personality of their own. “You can read it quickly and it fits perfectly on one smartphone screen.” And the stories Inside is summarizing are also available inside the app — in their original form complete with any associated advertising, so content owners don’t regard Inside as a threat.

“We have dozens and dozens of curators searching for these stores 24 hours a day, 7 days a week,” Calacanis says. Everything’s indexed by topic — such as /tech, /politics, /sanfrancisco and /houseofcards — and you can check off the topics you want to read about, then tap thumbs-up and thumbs-down icons on stories to refine the stories and sources Inside gives you.

You can use the app to read a personal feed based on your interests, one of top news stories, one of all recent updates or as topic-by-topic feeds. Swiping up and down takes you through a given feed, swiping from left to right lets you navigate a single topic, and the full stories the app is summarizing are always a tap away.

Just to give examples, he says, one out of five stories at Henry Blodget’s Business Insider site might make the cut, and that Forbes.com, which draws on the work of a pool of hundreds of non-journalists, won’t get any linkage unless the curator is positive that the story was written by a real journalist.

“We’ll do a heart-warming story. We’ll certainly do comic books. But we’re not going to do linkbaiting garbage. We’re not here to do ’27 Gifts You Won’t Believe from the 1980s.’ No offense to people who do that.”

Calacanis originally planned to edit Inside himself, but earlier this month, he announced that he’d hired Gabriel Snyder, formerly editor of The Atlantic Wire, to do the job. It’s a big catch. Snyder’s influence probably isn’t apparent on Inside yet; right now, the summaries are intentionally colorless — clipped, Jack Webb-like factual clauses strung together with semicolons. The format reminds me a bit of an all-news radio station whose only goal is to inform as quickly as possible, not engage or entertain.

Inside grew out of Mahalo, a previous Calacanis effort that began as pretty much a human-powered alternative to Google. On a web with billions of pages to index, Mahalo’s humans didn’t really stand a chance at keeping up with Google’s machines. But he says that Inside can scale up without resorting to automation: He’s not sure what the ideal maximum number of summaries a day would be, but it’s a few thousand at most. (Eventually, the company plans to incorporate advertising into the experience, but it’s in no rush.)

Even the current thousand-or-so summaries a day sounds like a lot, but Calacanis told me that Inside’s goal is to avoid duplication and go right to the best stuff. “On Techmeme, you’ll have 20 people commenting on a story by Kara Swisher about Yahoo firing its president. We’ll have one story.” It’s an interesting approach — far more items than Circa or News Digest, but with the organization and editing that a news firehose such as Twitter lacks — and it’ll be fun to see how it works over the long haul. 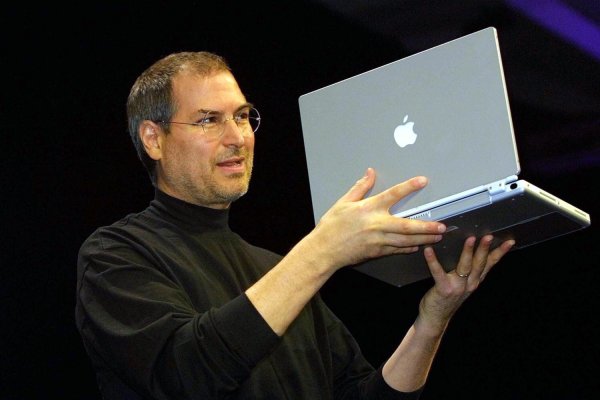 Apple Financials: What a Difference 13 Years Make
Next Up: Editor's Pick