In the run up to a 1993 Clinton administration public hearing on health care reform, staffers had some seemingly cynical advice for then-First Lady Hillary Clinton. The “primary goal,” of the hearing, they wrote in a memo, was not to gather a variety of perspectives before fashioning government policy, but to give the Clintons political cover from charges that they didn’t gather other perspectives.

That’s according to the latest round of newly disclosed Clinton-era documents, 4,000 pages of which were released Friday by the National Archives and the Clinton Presidential Library. The first release—3,500 pages unveiled in February—included, among other interesting tidbits, insights on how Hillary Clinton’s aides advised her to “be real” as she embarked on her own political career in the late 1990s. The document releases are being closely watched for any impact they could have on a potential 2016 Hillary Clinton presidential run.

The health care reform hearing memo is dated Feb. 10, 1993, early in the Clinton presidency. Just a few days later the president would deliver his first-ever televised address from the Oval Office, in which he would ask Americans to accept a tax hike in his ultimately successful effort to balance the budget. The administration was also preparing to make its ultimately-doomed push for national health care reform, a cause championed by the First Lady. In the memo, administration staffers Alexis Herman and Mike Lux offer Hillary Clinton their vision for a public hearing on health care issues to be held in March.

In the first line of the document, they get right to the point.

“As we discussed,” the memo reads, “the primary goal for this two day hearing would be to inculate ourselves from charges that we are refusing to listen to all those groups out there that want input.”

Later, they do make allowances for the possibility that someone might actually learn something at the hearing.

“Even though our primary goal is political inoculation,” they write, “we should not lose the opportunity for some public education. Some testifiers should be average people with horror stories, middle class families worried about the future, and senior citizens.”

But, they say, “these average people should testify during those periods when we believe more people will be watching.” 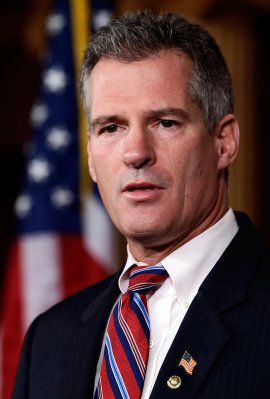 Scott Brown Plots a Comeback
Next Up: Editor's Pick