No, Nintendo Isn't Putting Its Games on Smartphones

Use the words Nintendo and smartphone in a sentence nowadays and chances are you’re either misguidedly prognosticating or wantonly trolling. So it’s a mild surprise to see Japanese news site Nikkei reporting (in Japanese) that Nintendo plans to step into smartphones without really stepping into smartphones.

Put another way: this is one of these stories that sounds like a status quo shift, but isn’t.

In short, the piece claims Nintendo plans to do what any good company with a forward-looking (or in this case, backward-looking-catching-up) marketing department’s been doing for years: using smartphones (and tablets) as an adjunct medium to promote stuff on a bunch of other platforms, say Nintendo’s Wii U and 3DS. Any surprises there? It’s a little like realizing that the world’s full of billboards, then firming up plans to rent space.

I don’t read Japanese, so I’m trusting Engadget’s interpretation of Nikkei’s paywalled article when it describes this as Nintendo exploring the possibility of contextual material, say background narratives, videos, tours of game worlds and other promotional fare through smartphone or tablet apps. There’s additionally talk of “mini-games,” though what form they’d take, or whether they’d even be “games” is guesswork at this point.

In any event, if Nintendo starts selling IP-themed, casino-style mini-games for the sake of promoting its mainline IP that lives somewhere else, would you call that maneuver — from a company that makes its bones upending conventions (or trying to) — capitulation? Or just savvy PR?

One thing seems clear: Nothing in this piece appears to indicate that Nintendo’s planning to shift game development to smartphones. The company cares too much about controlling the end-to-end gaming experience — the interface as much as the software.

If you still doubt that, consider what Nintendo president Satoru Iwata said during a 2013 financial Q&A (my emphasis).

Update: Nintendo just clarified its position, i.e. nope to Nintendo games on smartphones (including mini-games) in a statement to Engadget, writing: 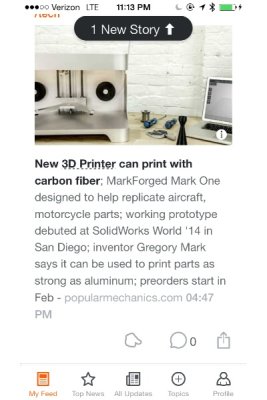 Inside: A Just-the-Facts Approach to News on Your Phone
Next Up: Editor's Pick